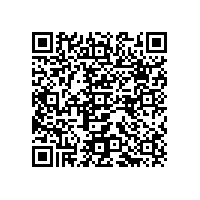 Subscribe to news
(PresseBox) ( München, 09-08-20 )
• Very pleasing level of registrations for CERAMITEC despite the difficult economic environment
• Around 600 exhibitors from 35 countries have so far registered for the event

Despite the difficult economic climate, CERAMITEC, which takes place from 20 to 23 October 2009 at the New Munich Trade Fair Centre, is well on track for success. To date, two months before the fair starts, around 600 exhibitors from 35 countries have now registered to take part – and they include all the leading companies in the sector (www.ceramitec.de/...). At the last CERAMITEC in 2006, the total number of exhibitors was 612.

Eugen Egetenmeir, a member of the Management Board of Messe München GmbH, is satisfied: "Looking at the registrations received so far, we are now virtually at the same level of exhibitor participation for 2009 – a year of recession – as in 2006, which was a growth year. In view of the difficult situation currently being experienced in the sector, we regard this as an extremely positive result and also a sign of the trust the sector has in CERAMITEC as a leading international trade fair."

Additional information about CERAMITEC 2009 is available at www.ceramitec.de.

Please note that you can get your accreditation for CERAMITEC 2009, as of now, from: www.ceramitec.de/...

Please note: Effectively immediately, you may register to participate at the trade-press stand and order press compartments for CERAMITEC 2009 at www.ceramitec.de/...

CERAMITEC, 11th International Trade Fair for Machinery, Equipment, Plants, Processes and Raw Materials for CERAMICS and POWDER METALLURGY, will take place at the New Munich Trade Fair Centre from 20 to 23 October 2009. Since its premiere in 1979, CERAMITEC has developed into the world’s leading trade fair for the ceramic industry. The comprehensive supporting programme provides an overview of current trends and innovations in the ceramic market. CERAMITEC 2006 attracted 612 exhibitors from 42 countries and approx. 22,000 visitors from 106 countries. Statistics for CERAMITEC are checked by an independent auditor contracted by the Gesellschaft zur Freiwilligen Kontrolle von Messe- und Ausstellungszahlen (Society for Voluntary Control of Fair and Exhibition Statistics).

Messe München International (MMI) is one of the world’s leading trade-fair companies. It organises around 40 trade fairs for capital and consumer goods, and key high-tech industries. Each year over 30,000 exhibitors from more than 100 countries, and over two million visitors from more than 200 countries take part in the events in Munich. In addition, MMI organises trade fairs in Asia, Russia, the Middle East and South America. With six subsidiaries abroad - in Europe and in Asia - and with 66 foreign representatives serving 89 countries, MMI has a truly global network. Environmental protection and sustainability are key priorities in all MMI’s operations, at home and abroad.