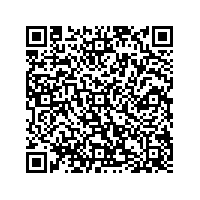 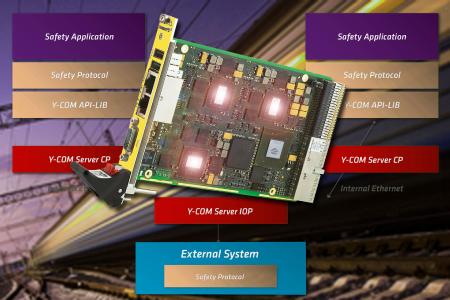 (PresseBox) ( Nuremberg, 17-08-03 )
The MEN Train Control System menTCS is an open computer platform for automated train operation and protection. With the programming interface Y-COM, which is now available, users can rely on a complete software package, partly with SIL 4-certified components.

menTCS is a modular computer platform developed for safe control of all safety-critical functions in rolling-stock and wayside applications. The system is functionally safe and SIL 4-certified due to its two redundant control processors, which communicate with a dedicated I/O processor and thus also with additional external systems.

The new Y-COM programming interface unites the commands of the two control processors and thus – despite redundancy – enables an easy communication between the control and the I/O level.

Y-COM is a BSD-socket-based API (Application Programming Interface) integrating well-proven open source technology into a safety-critical environment. Y-COM itself complies with SIL 0 – but by communicating via a safety protocol between the API library and the actual software application, it doesn’t affect the safe application.

The Y-COM programming interface is part of a complete software development kit (SDK) for menTCS. In addition to that it consists of a BSP with diagnosis and monitoring functions; a synchronization interface for comparing data between both control processors and to guarantee their output at the exact same time; an exchange interface, which compares the data between control level and I/O processor; and the PACY framework (SIL 4), which takes care of the communication within the menTCS network.

For systems that need SIL 4 certification, certification packages for hardware and safety-relevant software are available. They include the assessment report from TÜV SÜD, the safety case, the safety user guide, support hours from MEN and the safe operating system from QNX.

“Reliable Embedded Computing for a World in Motion.”

Since its founding in 1982, MEN Mikro Elektronik has focused on innovation, reliability and flexibility to develop and produce standard and custom computing solutions that employ the highest technology levels. The company - with approx. 300 employees worldwide - provides a robust offering of highly reliable embedded COTS boards and devices widely used in extreme environmental conditions found in mobile, industrial and safety-critical applications.

For individual requirements, starting with development through design-in and beyond, MEN provides its customers with advice and support as well as with system design, configuration and environmental qualification in accordance with industry standards.

The company is certified to ISO 9001, ISO 14001 (environment), EN 9100 (aerospace) and IRIS (railway) quality management systems, provides systems according to ISO 7637-2 (road traffic) requirements and is a member of several industry associations, consortiums and alliances, including VITA and PICMG.

MEN Mikro Elektronik is a member of: