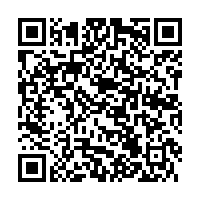 On a path to growth

toolcraft expands its facility in Georgensgmünd 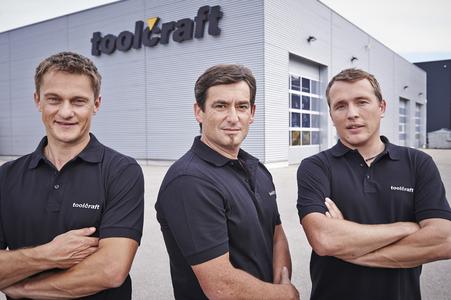 (PresseBox) ( Georgensgmünd, 17-07-12 )
toolcraft opened its facility in Handelsstraße in Georgensgmünd in 2000. Starting out with just one hall, the site has been growing ever since and this year work is underway to add a fourth and fifth hall. The expansion is helping the company to keep pace with rapid growth in the areas of 3D metal printing and robotics.

More and more industries are becoming aware of the advantages of 3D metal printing. While the technology can already be used to maximum effect in the energy or aerospace sectors, the medical engineering industry is now also benefiting from it. For example, the use of a 3D-printed drill improves the success of bone surgery enormously. The internal cooling system produced by means of metal laser melting reduces the heat generated during drilling by up to 70%. Previously, this heat was capable of damaging the bones. The growing demand for 3D-printed parts is reflected in both toolcraft's need to expand its machine park and to construct its own laser melting centre. The centre will include a staff restaurant, which will not only fuel the company's employees, but will provide them with a place to meet and hold events.

Expansion in the field of robotics

The robotics industry is also gaining ground worldwide, with the focus on increasing efficiency and the construction of intelligent systems. toolcraft develops and builds universal robotics solutions, developing them from the initial idea all the way up to the completed system. The burgeoning demand has prompted the company to build its own dedicated robotics hall. In the future, it will manufacture robot cells customised to its clients' requirements and use robots to smooth and polish ceramic parts on an additional floor space of 2,700 m². The company has also developed a robot cell for training purposes, which it intends to use in schools, technical colleges and universities to give the staff of tomorrow the chance to come into contact with the technology today.

Purchase of additional land and ongoing expansion of the machine park

The company has recently purchased a further 12,000 m² of land from the local authority. It is planning to use this plot to merge its mould making and injection moulding activities in the near future. Further construction projects, such as the expansion of its warehouse and logistics facilities, are already in the pipeline. toolcraft is gradually establishing itself as a system supplier in industries such as medical technology, aerospace and automotive engineering. To avoid becoming dependent on one specific industry or client, the company is following a diversification strategy. Its steady increase in sales and earnings is further bolstered by its membership of relevant associations and the resulting expansion in its national and international network. This growth is also reflected in new additions to the machine park in virtually all areas.

Creating jobs for the future

Growth in any up-and-coming sector creates new, attractive jobs. To meet the demands of our increasingly fast-paced world, toolcraft needs talented local and specialist staff. The majority of the company's new employees are hired on the basis of recommendations by existing members of staff. toolcraft is also continuing to focus on training its own skilled workers, upping the number of training positions on offer from the current 33 to between 40 and 45. As well as now training mechatronics engineers and offering an IT apprenticeship, it is stepping up its efforts to train and integrate young people from outside Germany. What's more, the children of current employees are increasingly following in their parents' footsteps.

The bright prospects for the future in the areas of innovative technologies and robotics mean that toolcraft looks likely to enjoy continued increases in sales. Its dedicated staff make a huge contribution to the company's success and instil immense pride in its managers. toolcraft is a medium-sized family company and believes it is important to retain its friendly, close atmosphere despite its steady growth. It is currently working on a succession plan, which will ensure its future stability. It was holding a hall opening and topping out ceremony on 8th July to which its employees and their families were invited. Ben Schwarz, the Mayor of Georgensgmünd, was also in attendance. "We're proud to be part of such a wonderful community. The local council and mayor are providing us with tremendous support to help us grow," says Bernd Krebs.

Recommend On a path to growth press release