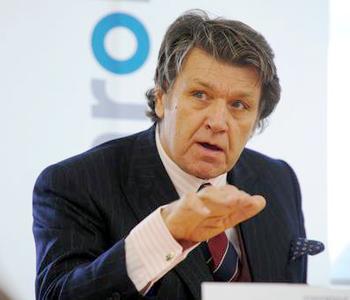 (PresseBox) ( Offenbach / Main, 12-02-09 )
An investor solution has been found for the sheet fed business of insolvent manroland AG, just days after a sale of the web machines business to German Possehl group was announced. British entrepreneur Tony Langley and the privately owned engineering group, Langley Holdings plc (www.langleyholdings.com), have emerged as the investors behind a 100% takeover of the sheet fed printing equipment division and its properties portfolio in Offenbach, together with manroland's international marketing organization in more than 40 countries.

"I am very pleased with the solution which will provide a long-term perspective to the Offenbach location and the sheet fed printing business", said Werner Schneider, Insolvency Administrator. Roughly 860 employees in Offenbach will be taken over..." ...Tony Langley is well known as a long term investor who acts strategically. I am convinced that a lasting perspective has been found for manroland's sheet fed printing business", Schneider went on to say.

Excellent basis to get back on track

"We foresee very good economic prospects for manroland sheetfed following the recent re-structuring..." commented Tony Langley, "...this is a world-class business with an excellent reputation and its production and research & development facilities are superb; everything one expects from the very best of German engineering".

In a moving address to the entire assembled workforce of over 850 people in Offenbach today, Langley said that "today was the beginning of a new era" and that he was confident the company would succeed, finishing to spontaneous applause with words reminiscent of the most famous ever spoken in German by an English speaker, those of President John F Kennedy in 1963, "Ich bin ein Rolander".

Langley already operates two highly successful technology divisions in Germany engaged in the capital technologies sector. In 2011 the group recorded revenues of approximately €500 million and a profit before tax of some €76 million with around two thirds coming from its German operations. The group has a strong balance sheet with no debt and although it has been agreed that the purchase price will not be disclosed, it is known that Langley financed the entire transaction from own cash resources.

In testimony to the strength of manroland equipment in the market, almost all customers who had orders with the sheet fed division when the former parent's bankruptcy was announced last November, did not cancel their orders. Satisfaction with these incredibly sophisticated machines is high and customers, having chosen manroland sheetfed technology for its exceptional print quality and efficiency, have been reluctant to switch to competitor products, preferring instead to wait and see what the business sale process yielded. They were not to be disappointed, "...a better investor could not have been hoped for" said veteran "Rolander" Rafael Penuela, Executive Vice President of newly formed manroland sheetfed GmbH. "Langley is a strong and experienced industrial group that really understands the capital equipment sector and has long term perspectives on all of its investments. The management are delighted with the outcome"

All contracts were signed on 1st February and the transaction received German cartel office approval earlier this week.

Langley Holdings plc is a globally operating, multi-disciplined engineering group, specialising in capital equipment technologies. Hitherto, the group comprised 4 divisions: Piller (www.piller.com), headquartered near Hanover in Germany, a leading producer of high-end power protection systems primarily for data centres and a producer of aircraft ground power equipment and military electrical systems; Claudius Peters (www.claudiuspeters.com), headquartered near Hamburg in Germany, primarily a plant machinery builder to the cement and steel industries, with an aircraft parts division; ARO (www.arotechnologies.com), headquartered near Tours in France, is a leading producer of resistance welding equipment to the automotive industry and; several other mainly smaller mainly UK based specialist engineering businesses, further information of which can be accessed via the main portal. In 2011 the group recorded revenues of circa €500 million and pre-tax profits around €76 million. The group was established in 1976 by the present Chairman & CEO, Tony Langley, who remains the sole shareholder. The group's 2011 Annual Report & Accounts are available for down-load from the Langley website: www.langleyholdings.com

This press release contains projections for the future based on the well-founded assumptions and prognoses of the management of manroland sheetfed GmbH. Though management believes these assumptions and estimates to be correct, actual developments in the future, as well as actual operating results, may deviate from those put forward by management due to factors beyond the control of the company, such factors to include, for example, fluctuating exchange rates, changes within the graphic arts industry, or any other unforeseen economic and/or market transformations. manroland sheetfed GmbH makes no guarantees that future developments and/or future operating results will match any of the numbers and/or statements put forth in this press release, and assumes no liability if such situations arise. Furthermore, no responsibility is assumed for updating any of the statements and/or figures contained herein.

The legend goes on: manroland sheetfed to unveil many innovations at drupa 2012