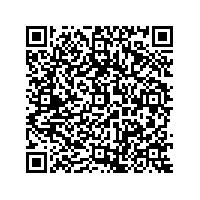 MANN+HUMMEL completes reorganization of Management board

Kai Knickmann, Josef Parzhuber, and Steffen Schneider are named as Board Members. Manfred Wolf retires from the Management Board. 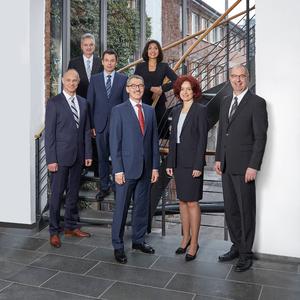 The Management Board will thus in future consist of seven people: Alfred Weber remains President & CEO. Emese Weissenbacher maintains the responsibilities which she has held since 2015 as Director of Finance. Finally, as of January 1, 2016, Filiz Albrecht has been appointed as Human Resources Director and Hansjörg Herrmann as Production Director.

"By appointing Kai Knickmann, Josef Parzhuber and Steffen Schneider, we complete the reorganization of our Management Board. With the appointment
of proven leaders, our shareholders and Supervisory Board have once again demonstrated that they rely on the qualifications and motivation of their own employees”, said Alfred Weber.

Thomas Fischer, Chairman of the Supervisory Board, thanked longtime member of the Management Board Wolf on behalf of the entire company for his outstanding service: “In his 18 years as a Managing Director, Manfred Wolf has decisively influenced the fortunes of our company. Under his direction, the MANN-FILTER brand was fully restored to its former glory and gained a contemporary and sustainable position in the international automotive aftermarket business. Manfred Wolf is regarded with the highest esteem among employees, customers, and shareholders.”

Kai Knickmann has a degree in mechanical engineering, specializing in combustion engines and automotive technology, from Braunschweig University
of Technology. From 1990 to 1999, Knickmann worked at Hengst Filters in Münster in a variety of management functions.
He jointed MANN+HUMMEL in 1999, initially holding key positions in the Development department. From 2007 until 2010, Kai Knickmann was Managing Director for MANN+HUMMEL in Great Britain.

Josef Parzhuber graduated from Passau University with a degree in business studies and learned business Chinese in Beijing. He began his profession career with Bosch in 1992. From 1995 until 2000, he built up the Automotive Aftermarket business for Bosch in China. This was followed by further senior Sales and Marketing positions, as well as global responsibility for the filtration product range. In 2011, Parzhuber took over as MANN+HUMMEL's Group Vice President of the water filtration business unit.

Steffen Schneider completed his mechanical engineering degree from Stuttgart University as a Graduate Engineer in 1990. The first three years of his professional career were spent in the development department at Porsche AG. he then moved to MANN+HUMMEL where, among other activities, he was Head of Sales for commercial vehicles. Schneider gained international experience as Managing Director between 2001 and 2006 in Mexico and between 2009 and 2012 in Spain. From 2006 to 2009, he was in charge of Purchasing for Automotive Original Equipment in Ludwigsburg.

Manfred Wolf has been on the MANN+HUMMEL Management Board since 1998. The qualified industrial manager studied Business Management at the University of Applied Sciences at Pforzheim. He began his profession career as an executive for Bosch. There he worked in various management positions in the aftermarket business. In 1995, Wolf moved to MANN+HUMMEL where he managed the "Service" business unit for three years. Wolf formally remains on the Management Board until June 30.