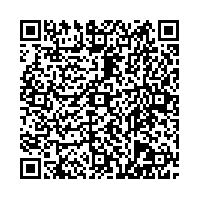 Subscribe to news
(PresseBox) ( Baar, 08-05-27 )
Manas Petroleum Corporation today announces that its wholly owned subsidiary DWM Petroleum AG signed a contract for the acquisition of 400 kilometers 2D seismic with GII, which will augment the 679 kilometers of seismic data recently reprocessed by Denver based GeoConcept. This seismic program, which is using a combination of Vibroseis and dynamite sources, aims to refine the definition of 9 prospects identified in the Albanian fold thrust belt and is to commence in July 2008, prior to drilling in 2009. The expected costs for the seismic acquisition are EUR 2.2 million (USD 3.5 million) for 2008 and EUR 3.4 million (USD 5.4 million) for 2009, thus, largely secured by a USD 6.2 million cash bank guarantee.

An independent report by Gustavson and Associates assigns 2.987 billion barrels with 3.014 trillion cubic feet of associated gas as the P50 prospective oil resources in its oil with associated gas case for Manas' Albanian project.

Description of the company:

Manas Petroleum is an international oil and gas company with primary focus on exploration and development in south-eastern Europe, Central Asia and South America.

In Albania Manas has developed a giant exploration project with a total resource potential (P50) of 2.9 billion barrels (independent resource evaluation, Gustavson, 2008). In Kyrgyzstan Manas has signed a US $56 million farm-out agreement with Santos a large independent Australian oil and gas producer covering its 1.2 billion barrels in place light oil play (independent resource evaluation Scott Pickford, 2005). The development of the company's neighboring Tajikistan license is now covered by an option farm out agreement also with Santos. In Chile Manas and US partner IPR farmed out a large natural gas exploration project to a consortium of local operators.

Manas is currently maturing its enormous resource potential by acquiring seismic prior to drilling.

Manas Petroleum Corporation is currently listed on the NASDAQ OTC board (MNAP.OB).

These statements reflect the Company's current beliefs and are based upon information currently available to it. Accordingly, such forward looking statements involve known and unknown risks, uncertainties and other factors which could cause the Company's actual results, performance or achievements to differ materially from those expressed in or implied by such statements. The Company undertakes no obligation to update or advise in the event of any change, addition or alteration to the information catered in this Press Release including such forward looking statements.