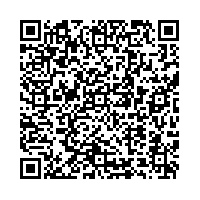 On September 1st, 9 5/8" casing was set following wireline logging at 1515 m and SPC expects to drill out on Thursday, September 3rd. The partners anticipate more interesting intervals in the next hole section, where primary objective reservoirs are interpreted to occur between 1680m and 1835m below ground level. Projected total depth of this well will be 2400m below ground level. The Prospect was generated as a result of the processing of seismic shot in a recent 2D seismic program by SPC.

The Huday Nazar replaces the previously planned drilling of the smaller and shallower East Chongora Prospect, which is also in the Soh License area. Acquisition of a total of 800 km of 2D seismic within the SPC licenses was completed as of late May, 2009 and seismic processing and interpretation is ongoing. Preparations by South Petroleum Company are underway for a deep drilling program which is expected to commence in early 2010.

Manas Petroleum is an international oil and gas company, focusing on activities in South- Eastern Europe, Central Asia and South America. In Albania, Manas has developed a large exploration project with a total resource potential (P50) of 3 billion barrels (Gustavson 2008). Six blocks are now drill-ready. The council of ministers recently ratified the productionsharing contracts on two blocks to DWM Petroleum, a subsidiary of Manas. A 51-101 compliant estimate is now be ing prepared. Drilling in Kyrgyzstan is currently underway. In Tajikistan preparations are on-going for additional 205km 2D seismic acquisition that will commence in late October. This seismic tranche is being funded by Santos International Ventures Pty Ltd. and Santos retains a call option to farm-in to the Manas Tajik permits. In Chile, Manas and its U.S. partner, IPR, farmed out a large natural gas exploration project to a consortium of local operators. In Mongolia, the Company recently completed a phase 1 geological program, defining structural trends with potential petroleum accumulations. A seismic program is currently underway. Details of these projects are located on the Company's website: www.manaspete.com.