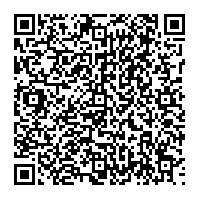 A considerable thickness of sandstone layers was penetrated by the well in the interval of 1355m-148m (MDRT), where some interesting gas and hydrocarbon showings were recorded. This interval could be identified with the expected objective target (Bed IV oil), but this has not been confirmed as yet from the geological reports. As the drilling program continues, the partners anticipate more interesting intervals in subsequent hole sections, where primary objective reservoirs are interpreted to occur between 1680m and 2400m below ground level which is total well depth. The Prospect was generated as a result of the processing of seismic shot in a recent 2D seismic program by SPC. (South Petroleum Company)

The Huday Nazar replaces the previously planned drilling of the smaller and shallower East Chongora Prospect, which is also in the Soh License area. Acquisition of a total of 800 km of 2D seismic within the SPC licenses was completed as of late May, 2009 and seismic processing and interpretation is ongoing as part of a $ 54 million USD seismic, appraisal and drilling program undertaken by Santos International Pty. Ltd.. Santos has the option to discontinue the program after drilling of the second well. Manas Petroleum has a 20% interest in the fully carried exploration program. Preparations by South Petroleum Company are underway for a deep drilling program expected to commence in mid 2010. Manas Petroleum's wholly-owned subsidiary, DWM Petroleum AG is the legal and beneficial owner of 25% of the issued share capital of South Petroleum Company, (SPC).

Manas Petroleum is an international oil and gas company, focusing on activities in South- Eastern Europe, Central Asia and South America. In Albania, Manas has developed a large exploration project with a total resource potential (P50) of 3 billion barrels (Gustavson, 2008). Four blocks are now drill-ready. The council of ministers recently ratified the productionsharing contract on two bocks to DWM Petroleum, a subsidiary of Manas. A 51-101- compliant estimate is now being prepared. In Kyrgyzstan, Manas has signed a $ 54 million USD farm-out agreement with Santos LTD ADR, covering 1.2 billion barrels in place (Scott Pickford, 2005). Drilling is currently underway. Manas' Development of its license in Tajikistan is now covered by an option farm-in agreement with Santos LTD ADR, where a seismic program has been recently completed. In Chile, Manas and its U.S. partner, IPR, farmed out a large natural gas exploration project to a consortium of local operators. In Mongolia, the Company recently completed a Phase 1 geological program, defining structural trends with potential petroleum accumulations. A seismic program is currently underway. Details of these projects are located on the Company's website: www.manaspete.com