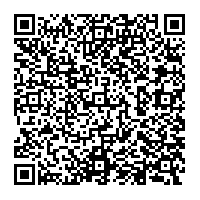 Subscribe to news
(PresseBox) ( Baar, 10-08-30 )
Manas Petroleum Corporation (OTCBB: MNAP) ("Manas" or the "Company") is pleased to announce that Petromanas Energy Inc. ("Petromanas") has held their Annual General Meeting on August 24, 2010 in Calgary, Canada. Manas, through its subsidiary DWM Petroleum AG as previously announced, owns approximately 32.36% of the issued and outstanding shares of Petromanas.

Petromanas has granted Mr. Keep options to purchase an aggregate of 1,750,000 shares at an exercise price of $0.40 per share expiring August 24, 2020. The financial statements of Petromanas for the six months ended June 30, 2010 have been filed on SEDAR and are available by clicking on Petromanas profile at www.sedar.com.

Petromanas continues on schedule with exploration analysis and work directed towards commencing drilling operations in 2011. Seismic acquisition is underway, geophysical and geological analysis ("G&G") is advancing, drill planning has begun, and the new executive team of Glenn McNamara, CEO, Bill Cummins, CFO, and Hamid Mozayani, COO, all world class industry executives with extensive oil and gas experience, has been recruited.

The planned seismic program will shoot 245 km of 2D seismic at a cost of $15 million on Blocks E, 2 and 3 and is expected to be completed by early 4th quarter of 2010. Interpretation will be undertaken through year end to incorporate this new data with the previous seismic data and the other geological data which Petromanas acquired with the block licences.

Exploration analysis is proceeding, led by Petromanas international experts headed by Mark Cooper, Senior Exploration Advisor and the team in Albania. The focus of the G&G work is to precisely define drilling prospects and prepare the exploration risk assessment of each prospect. This will refine the resource estimates from the unrisked estimates in the report by Gustavson Associates LLC ("Gustavson") to risked prospect resource estimates on which drilling decisions can be made and which will also be the basis of Petromanas' future farmout strategy.

In conjunction with the G&G work, Petromanas is re?evaluating the unrisked resource assessment which was prepared on December 15, 2009 by Gustavson on the basis of the seismic, geology and limited well data which was available at the time. In the normal course of the current G&G work, the risked resource potential will also be evaluated and, as a result of incorporating risk assessments and new data, will be lower than the unrisked resource potential numbers which were presented in the Gustavson report. It is anticipated that the G&G analysis will be concluded through year end as the new seismic data becomes available; the risked resource estimates cannot be finalized until all of this work is completed. It is anticipated that an updated independent resource evaluation report will be prepared at that time. Further updates to resource estimates are expected to be prepared as Petromanas acquires new data from seismic programs and drilling operations.

The geological work which has been conducted by the Petromanas team to date has further confirmed the significant potential of the Petromanas acreage and the exploration prospectivity of both the shallow and deep prospects. Once Petromanas has the necessary data, it is anticipated that some of the deep target plays will be farmed out to industry partners.

Petromanas remains on schedule for the planned completion of the seismic program in 2010 leading to a drilling campaign in 2011. Petromanas is confident the new management team is well qualified to advance the exploration activities of the six blocks in Albania.

Manas Petroleum is an international oil and gas company with primary focus on exploration and development in South‐Eastern Europe, Central Asia and Mongolia. In Albania, Manas participates in a 1.7 million acre exploration project through its equity interest in Petromanas Energy Inc., a Canadian public company. In Kyrgyzstan, Manas has signed a US $54 million farm‐out agreement with Santos International Holdings Pty Ltd., a subsidiary of Australia's third largest oil and gas company. In addition to the development of its Kyrgyzstan project, Santos is developing the company's neighboring Tajikistan license under an option farm out agreement. Manas is also developing its Mongolian project, where it has begun a major 2D‐seismic program; this project is located adjacent to one of China's (Sinopec) largest producing oilfields.