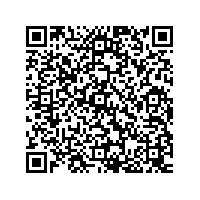 Subscribe to news
(PresseBox) ( Baar, 10-10-18 )
Manas Petroleum Corporation (OTCBB: MNAP) ("Manas") is pleased to announce the start up of seismic operations on Blocks XIII and XIV in Mongolia as planned for the year 2010, and is anticipated to be completed by November 2010. All operating licenses and permits have been received and the contractor's personnel and equipment are on site. This program includes 300 km of 2D seismic survey which represents the required work program for the year 2011 in accordance with the terms of the Production Sharing Contract.

Gobi Energy Partners LLC, a Mongolian subsidiary owned by Manas through its Swiss subsidiary DWM Petroleum AG, is the operator of the project. As previously announced, Gobi signed an agreement for seismic services with the Chinese company DQE International Tamsag (Mongol) LLC, on August 31, 2010. DQE International, a subsidiary of CNPC Daqing Petroleum, has extensive experience in the hydrocarbon exploration industry performing seismic survey, well drilling, completion and services in northern China, in South- East Mongolia and many other countries.

The purpose of the vibro-seismic survey is to improve its existing geological data and to increase the chances of success of the exploratory wells intended to be drilled upon completion and interpretation of the new seismic data. The first well is anticipated to be drilled in 2011.