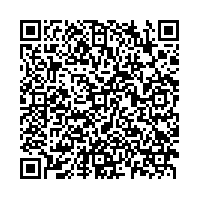 Manas Petroleum Corp. announces the completion of seismic acquisition on block 13 & 14 in Mongolia

Subscribe to news
(PresseBox) ( Baar, Switzerland, 10-11-10 )
Manas Petroleum Corporation (OTCBB: MNAP) ("Manas") is pleased to announce that the seismic acquisition on blocks 13 & 14 has been completed without incident. The Chinese contractor DQE International Tamsag (Mongol) LLC acquired 300 km of 2D seismic, representing 100% of the total seismic program 2010 on blocks 13 & 14. Manas expects that the processing of the data will be completed by the end of December 2010.

Manas intends to use the additional 2D seismic data to improve its technical database and its chance of drilling a successful exploration well. After interpretation of the full dataset, Manas will decide whether it is ready to drill one or more exploration wells or that it needs to acquire 3D seismic to define the drilling prospects in better detail. Depending on this decision, Manas hopes to spud the first well in 2011.

This press release contains forward?looking statements. Forward?looking statements are projections of events, revenues, income, future economic performance or management's plans and objectives for future operations. In some cases you can identify forward?looking statements by the use of terminology such as "may", "should", "anticipates", "believes", "expects", "intends", "forecasts", "plans", "future", "strategy", or words of similar meaning. Forward?looking statements in this press release include statements about Manas' expectation that it will finish processing the data acquired from the recently completed seismic program by the end of the year, its expectation that the seismic data will improve its chance of drilling a succesful well or enable it to choose between drilling an exploration well or acquiring 3D seismic data, and its anticipation that the first exploration well should be spudded in 2011. While these forward?looking statements and any assumptions upon which they are based are made in good faith and reflect current judgment regarding the direction of Manas' business, actual results will almost always vary, sometimes materially, from any estimates, predictions, projections, assumptions or other future performance suggested in this press release. These statements are only predictions and involve known and unknown risks, uncertainties and other factors, including the risks presented by field conditions and the risks described in Manas periodic disclosure documents filed on SEDAR and EDGAR, copies of which are also available on the company's website at www.manaspetroleum.com. Any of these risks could cause Manas' or its industry's actual results, levels of activity, performance or achievements to be materially different from any future results, levels of activity, performance or achievements expressed or implied by these forward?looking statements. Except as required by applicable law, including the securities laws of the United States and Canada, Manas does not intend to update any of the forward?looking statements to conform these statements to actual results.