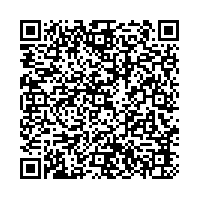 Subscribe to news
(PresseBox) ( Baar, Switzerland, 09-06-15 )
Manas Petroleum is pleased to report that the drilling of an exploration well at the North Ayzar -1 (Tuzluk license) prospect by the Kyrgyz joint venture, SPC (South Petroleum Company) is underway. The North Ayzar- 1 is to test tertiary-aged (Palaeogene) clastics and carbonates reservoirs between 1650 and 1900m. Projected total dept of this well is 1950m and it is expected to take from 20 to 30 days to drill. Following the drilling of the North Ayzar-1, the drill rig is scheduled to be moved to a second deeper prospect called the Huday Nazar in the Soh license area where drilling would commence approximately 2 weeks later. Should drilling be sufficiently encouraging, testing and completion of the wells would be made following the drilling of the Huday Nazar.

The offset analogue field to the North Ayzar prospect is the Beshkent-Togap Field (10 MMBO) which is 5km (3 miles) to the Southwest. The P50 mapped closure on North Ayzar prospect is 3 square km while the net thickness of the targeted reservoirs (using the productive limestone and sandstone strata from analogue fields) is estimated according to calculations by RPS Scott Pickford to be 12 meters with 17.83% porosity.

Acquisition of a total of 800 km of 2d seismic within the SPC licenses was completed as of late May 2009 and seismic processing is on-going. Preparations are underway for 2010 deep drilling program which is expected to commence early 2010.

These statements are only predictions and involve known and unknown risks, uncertainties and other factors, including the risks inherent in our industry, the poor capital markets and other risks identified by us in our periodic filings on EDGAR (which can be viewed at www.sec.gov). Any of these risks could cause our or our industry's actual results, levels of activity, performance or achievements to be materially different from any future results, levels of activity, performance or achievements expressed or implied by these forward-looking statements.

While these forward-looking statements and any assumptions upon which they are based are made in good faith and reflect our current judgment regarding the direction of its business, actual results will almost always vary, sometimes materially, from any estimates, predictions, projections, assumptions or other future performance suggested in this press release. Except as required by applicable law, including the securities laws of the United States and Canada, we do not intend to update any of the forward-looking statements to conform these statements to actual results.