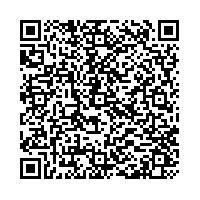 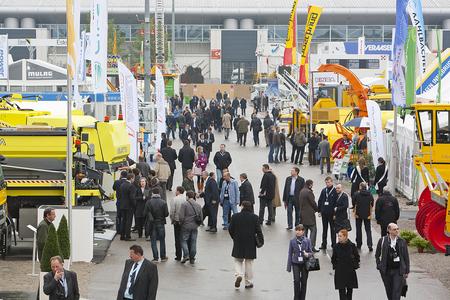 (PresseBox) ( St Albans, 15-09-21 )
inter airport Europe, the International Exhibition for Airport Equipment, Technology, Design and Services, takes place for the 20th time this year. From 6 – 9 October 2015, around 660 exhibitors from 44 countries present their latest developments and solutions for aircraft, passenger and cargo handling, security and airport IT, architectural components as well as ground support equipment at the Munich Trade Fair Centre in Germany. For its show anniversary, inter airport Europe occupies a net exhibition space of 29,400 m2. A total of 11,900 visitors from 110 different countries attended the previous event in 2013.

“inter airport Europe is the world’s leading airport exhibition and therefore an important barometer for the economic situation of the whole industry. We are confident that with a further increase of around 5% in exhibition space and 3% in exhibitor numbers, inter airport Europe 2015 will once again be the industry highlight for airport operators from all over the world; a key marketplace for sourcing the latest equipment and services. The economic situation of the industry is currently quite positive. The forecasts for the development of air traffic volume predict a further growth; numerous projects for the upgrade and new construction of airports are currently being planned and executed”, says Nicola Hamann, Managing Director of the organisers Mack Brooks Exhibitions.

inter airport Europe – the industry’s meeting place for four decades
The beginnings of the exhibition date back to the year 1977, when inter airport took place for the first time at the US Air Force Base in Frankfurt, Germany. Designed to give airport equipment providers a specialised platform outside the general aircraft exhibitions, the event started off as a small get-together for GSE providers and buyers. Over the years it evolved into the world’s leading International Exhibition for Airport Equipment, Technology, Design and Services. The exhibition is taking place in a two-year cycle and is today a must-attend event for airport professionals from all over the world. After eleven shows at Frankfurt Airport, inter airport Europe moved to Munich Airport in 1999. Since 2009 inter airport Europe is taking place at the Munich Trade Fair Centre.

In its first years, inter airport was a ground support equipment show. Over the decades, the show profile was rounded off to include the comprehensive portfolio of a one-stop-shop for the entire airport industry, ranging from ground handling, terminal operations, security systems and architectural components to airport IT. Years later, the category interTERMINAL (technical terminal installations and services) was added to the existing category interRAMP (ground support equipment). The category interDATA (specialised hard- and software) followed after a couple of years; the most recent addition was interDESIGN (architecture and furnishings) which became more and more important in the 2000s.

A picture gallery as well as further information regarding the history of the exhibition are now available on the show website at www.interairport.com/europe.

Innovations - an important focus of inter airport Europe
Since the early stages of the show in the 70s, innovations have always been an important part of inter airport Europe, as the airport industry has seen a massive development within the last forty years. With main trends ranging from airport planning and furnishing in the 80s, over flight safety, handling of increasing air freight and the replacement of manual processes by electronics in the 90s, up to sustainability, mobility and enhanced data exchange in the 2000s the industry varied largely over the last decades.

Once again this year, a large number of technical advancements and innovations in areas such as energy efficiency, modern airports, intelligent passenger and baggage handling as well as environmental friendliness will be displayed at the exhibition. Many of these are being presented in the recently published inter airport Europe Show Preview. The Show Preview contains hundreds of exhibitor profiles and product descriptions and is now available on the inter airport Europe website: www.interairport.com/europe. Users can put together their individual Show Preview by sorting their favourite product entries by hall and categories and can thus create their personalised Preview. The Show Preview is also available as a printed version and can be ordered via the exhibition website.

inter airport Europe Innovation Awards
Four technological advancements will be presented with an inter airport Europe Innovation Award during the opening ceremony on Tuesday, 6 October 2015, at 11am. Prizes will be awarded in the four exhibition categories interRAMP, interTERMINAL, interDATA and interDESIGN. The award winners have been selected by the international airport community via an online voting campaign.

Visitor Information
The inter airport Europe App is now available for Android and iPhone users at www.iae2go.com. The App is the official mobile show guide and contains important information, for example the exhibitor list, important dates, the conference programme and much more.

The Online Show Planner helps visitors to effectively plan their visit ahead of the show. Visitors can search for the product categories or exhibitors they are most interested in and create their individual results page ready for print out. Personalised floor plans can also be created.

inter airport Europe 2015 takes place at the Munich Trade Fair Centre in Germany in halls B4, B5 and B6 as well as the spacious outdoor area, where large-scale exhibits such as de-icers, push-back tractors, snow sweepers and fire fighting vehicles are being displayed. Entrance to the show will be via Entrance East (Ost) and the Outdoor Area Entrance of the Munich Trade Fair Centre.

The exhibition centre is easily accessible by air, road and public transport. For the duration of the exhibition, regular shuttle buses will run between Munich International Airport and the show grounds. From Munich’s main train station, there is an underground train (U2) which goes straight to the Munich Trade Fair Centre. Plenty of parking spaces are also available at Entrance East.

Further up-to-date information on the anniversary exhibition of inter airport Europe is available on the show website: www.interairport.com/europe.