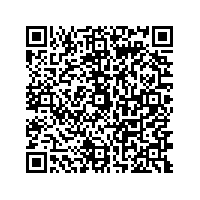 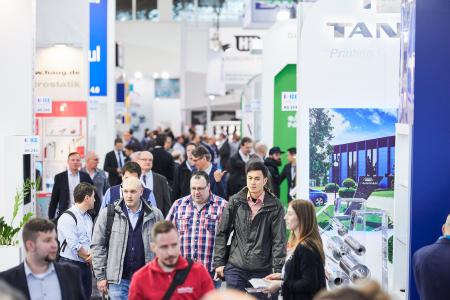 Once again, ICE Europe was a magnet for converting specialists from all over the world. A total of 6,850 visitors from 68 countries attended the show. With 429 exhibitors from 28 countries, covering a net exhibition space of 11,000 m2, this year’s ICE Europe remained unchanged with respect to size compared to the previous show. Exhibitor and visitor numbers have marginally decreased by 2% each compared to the record event in 2015. A first analysis of the exhibitor feedback shows that a vast majority of the participating companies were highly satisfied with the results of this year’s exhibition. They praised the high quality of trade visitors and reported large numbers of international business contacts.

When asked about their main areas of interest at the exhibition, visitors stated coating/laminating, slitting/rewinding, accessories, materials, control/test and measurement, printing, finishing and drying/curing.

ICE Europe 2017 Awards
To celebrate the 10th edition of ICE Europe, exhibition organisers Mack Brooks Exhibitions awarded prizes to four exhibiting companies for best practice, excellence, innovation and extraordinary performance in the converting industry. The ICE Jubilee Awards were presented on the first exhibition day. The winners had been chosen through an online vote of the converting community via the exhibition website. A total of 39 entries from participating companies were shortlisted and some 1,300 converting specialists took part in the online voting and selected the winners in the four award categories Converting Solutions for New Materials, Industry 4.0, Green Technology and Innovative Partnerships.

Winning company in the category ‘Converting Solutions for New Materials’ was Infiana Germany for their innovative antistatic release films.

Companies which participated in the category ‘Industry 4.0’ had developed systems for digitalised production processes in the converting industry. The winner in this category was Derichs GmbH for their new ED-1 system that delivers data in real time.

In the category ‘Green Technology’ Applied Materials Web Coating GmbH received the award for their TopBeam platform using electron beam evaporation and offering a solution for applying transparent coatings with improved clear barrier performance for a variety of oxide materials.

During the awards ceremony Nicola Hamann, Managing Director of Mack Brooks Exhibitions, also gave an outline of the history of ICE Europe: “The story of ICE Europe is a success story of an industry sector and its key industry event. Designed to give converting equipment providers a specialised platform outside more general trade exhibitions, the event started off in 1999 as a small get-together for the converting industry. Over the years, it evolved into the leading international exhibition for the conversion of flexible, web-based materials, such as paper, film, foil and nonwovens,” stated Nicola Hamann in her opening speech to the awards ceremony.

“Within the past two decades the converting industry has strongly developed into a high-tech industry sector, driven by innovation and excellence. ICE Europe has continuously reflected the technical evolvement of the converting sector and has long become the industry’s economic barometer. Today, ICE Europe is renowned worldwide as the biennial meeting point for the exchange of expertise, international business and technological innovation,” concluded Nicola Hamann.

Dates for the next show
Most of this year’s exhibitors have already indicated on-site that they intend to exhibit again at the next International Converting Exhibition in Munich. ICE Europe 2019 will take place from 12 - 14 March 2019 at the Munich Trade Fair Centre.

The next exhibition in the ICE series of dedicated trade events for the converting industry will be ICE USA, held from 25 – 27 April 2017 in Orlando, Florida. Next year, Mack Brooks Exhibitions will organise ICE South East Asia, from 5 - 7 September 2018, in Bangkok, Thailand.