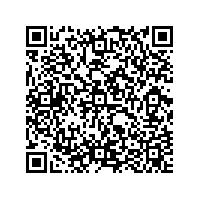 EuroBLECH 2010 - More international than ever

More than ever, this year's EuroBLECH was the focus of the global sheet metal working industry for its role as the world's leading trade exhibition and trend barometer for this industry sector. "After a difficult time, the sheet metal working industry is on the up again. Large increases in business activities have been reported by many of our exhibiting companies, and the general atmosphere at our exhibition was very positive," explains Nicola Hamann, Exhibition Director EuroBLECH 2010, on behalf of the organisers Mack Brooks Exhibitions.

In the current economic climate, approaching new markets was the main aim for the exhibitors at EuroBLECH 2010, according to the first exhibition survey. "We are therefore delighted to be able to report that EuroBLECH 2010 was more international than ever. 46% of our exhibitors came from outside Germany; and we could again increase our traditionally high percentage of international visitors. 39% of this year's visitors came from outside Germany compared to 35% last time," says Nicola Hamann.

The first exhibition survey data show that top visitor countries outside Germany were Switzerland, Italy, the Netherlands, Austria, Belgium, Poland and the United Kingdom; but also the Czech Republic and Russia were well represented at EuroBLECH 2010. Visitor attendance from Asia and the USA has increased substantially since 2008.

"The overall attendance at this year's show is in line with what we expected. It was obvious that after such a difficult time for this industry sector, we could not match the figures of the record event in 2008. We see it as a big success for the sheet metal working industry and its leading trade show EuroBLECH to be able to announce results that are comparable to 2006," says Nicola Hamann.

The preliminary exhibition survey also shows that EuroBLECH 2010 had an above average increase in visitors with decision making capacity; almost every second visitor came to the show with the definite intention of buying. At this year's EuroBLECH 99.9% of all visitors were trade visitors.

EuroBLECH 2010 received excellent evaluations from both, visitors and exhibitors, from inside and outside Germany. Participants were highly satisfied, particularly with the comprehensive range of products on offer and with the international flavour of the show. Some 75% of all exhibiting companies intend to exhibit again at the next show. EuroBLECH 2012 will take place from 23 - 27 October 2012, in Hanover, Germany.

Next year, Mack Brooks Exhibitions will again hold a series of sheet metal working exhibitions in selected target markets. BLECH Russia 2011 will take place from 15 - 17 March 2011 in St. Petersburg, BLECH India from 14 - 17 April 2011 in Mumbai, and the first BLECH Nordic will be held in Stockholm, from 4 - 7 October 2011.

Information on EuroBLECH and the BLECH events is available at www.blechevents.com