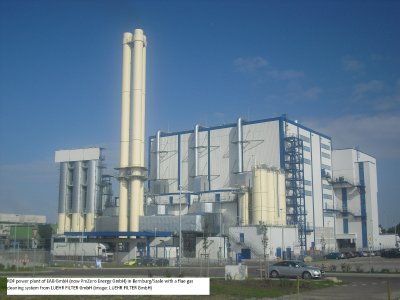 (PresseBox) ( Langenfeld, 21-10-18 )
LUEHR FILTER GmbH specializes in the manufacture of flue gas cleaning systems. From development and project planning to production, assembly and commissioning, the company produces complete units for the separation of solid and gaseous substances from the air and from process gas. Over the years, the size of its systems has been steadily increasing. For almost 20 years, LUEHR FILTER has not only been building systems for the glass, cement, iron and foundry industries, among others, but is also active in the power plant sector. This resulted in the requirement of specification documentation in the function plan sector. Since then, the company has been using the documentation tool logi.DOC from the Austrian software specialist logi.cals for the generation of function plans compliant with various standards. With this tool, function plans are quickly and easily created, edited, and simulated with the included soft PLC solution. Because of the tool’s frequent use, LUEHR FILTER has gradually built up its own library of special blocks devoted to the specific requirements of power plant technology.

Founded in 1938, the family-owned company now employs an over 300-strong workforce at its three plants at its headquarters in Stadthagen near Hannover. There are further production sites elsewhere within and outside Europe. Part of the company’s philosophy is a high degree of vertical integration: all components for the air pollution control systems are developed and produced in-house, starting with the filter systems themselves and the sheet metalworking for the piping, via the dimensioning of the filter bags, to the entire engineering for steel construction, mechanics, electrics and automation. The largest units built by LUEHR FILTER are of skyscraper size with a piping diameter of 5 m and an extraction volume of 2.5 million m³.

When the company embarked on flue gas cleaning for power plants, it became necessary to create function plans to describe and document equipment function and behavior. “At the time, we did this with Excel and sometimes sat over a plan for hours,” reports Rainer Pohlenz, head of I&C at LUEHR FILTER, “until we came across logi.DOC through market research.” But even that was not entirely satisfactory initially, because the tool at the time was still based on the industrial standard IEC 61131-3 and failed to consider the VGB guidelines from the field of power plant documentation. Very soon, however, numerous major features were also implemented and extended thanks to logi.cals’ already long-standing cooperation with another large plant manufacturer, e.g. concerning the unambiguous identification of components of a power plant using the power plant tag system (KKS), forward and reverse documentation, and the visualization of signal tags in a function plan. Also added were online cross-references for signal tracing and the open database approach for matching the KKS tags with basic and detailed engineering and PLC programming.

Finally, Pohlenz started developing his own special blocks and creating the “look & feel” with the help of AutoCAD. This is how the first functional diagrams were produced with VGB-compliant visualization, in which the signal flow is from top to bottom and the blocks they contain are arranged horizontally. In the course of adaptation to modern visualization in I&C programming, the graphical conversion followed: abandoning .dxf files in favor of function blocks graphically structured via comment fields, with the signal flow from left to right. Over the years, an extensive typical library with special blocks has been created for the power plant sector, and this is now capable of simulation and is being shared with other companies.

An obvious choice for LUEHR FILTER from the very beginning was the automatic, typical-based generation of function plans with the help of the logi.BULK add-on, “because the documents are highly structured in accordance with VGB guidelines and, for example, a dedicated sheet has to be available for each sensor and each actuator,” Dieter Goltz, CEO logi.cals Germany, explains. Once typicals have been created, they can be used to automatically generate function or logic plans for the individual control level using a typical or loop list. For this purpose, the typicals contain placeholders that are replaced by patterns or replacement tags in the target plans when they are generated. The generation of step chains is also supported by logi.BULK.

“We use logi.BULK to generate the basics of the function plan, i.e. the individual control level. After that, all the automatisms are created and any signals that are not needed are removed for the sake of clarity,” says Pohlenz, describing his procedure. However, the add-on is also important for him so that he can, for example, extract limit value and setpoint lists from the function block diagram. “Using a defined signal structure, logi.BULK gives us filter options to extract parameters, setpoints and limit values with relative ease. And this significantly reduces the production and maintenance effort of the function-related documentation. Logi.DOC helps us with the standards and thus frees up time for detailed engineering,” says the software expert. This is particularly evident with the FAT.

The creation of function plans is an essential task in basic and detailed engineering. Logi.DOC is the basis for coordination between the process engineering and the control system programming. In the case of smaller units that manage without their own function plan documentation, the programming of the I&C at LUEHR FILTER is transferred directly to the I&C system without an intermediate step. Here, the verbal function description and the control system programmers’ internal experience are sufficient to quickly arrive at a solution. In the case of large systems, however, there is a much greater need for coordination and specification until specification by function plan becomes established in the international environment. This is the only way to achieve a definite specification that is comprehensible across domain boundaries. “The logi.DOC function plan tool is the best tool for this, because with verbal descriptions the programmer always has scope for interpretation,” Pohlenz explains. If, after a function plan has been implemented in the I&C, changes become necessary during the subsequent FAT, the plans are revised more or less in real time in logi.DOC and then serve as a basis for work on the construction site. All the changes and adjustments that occur there become “redline entries” and, depending on the contract situation, are also reverse-documented.

Since navigation is possible in the generated PDF documentation without additional software, the customer or programmer no longer has to laboriously scroll through numerous individual pages. In addition to the table of contents, which permits easy navigation, online cross-references can be used to skip back and forth in the plans. “We used to have to allocate a whole day to generate the documentation. The iPDF not only reduces our effort in doing this, but is also a big help for the I&C and PLC programmer – a real landmark!” says Pohlenz, who at the time had a big hand in having this function integrated in logi.DOC.

Wer Ressourcen in Microsoft Azure bucht, muss sich über die Kosten im Klaren sein. Da Azure mit dem Pay-Per-Use-Modell arbeitet, fallen für aktiv verwendete Ressourcen Kosten an, die sorgfältig kalkuliert werden sollten. read more
The publisher indicated in each case is solely responsible for the press releases above, the event or job offer displayed, and the image and sound material used (see company info when clicking on image/message title or company info right column). As a rule, the publisher is also the author of the press releases and the attached image, sound and information material.
The use of information published here for personal information and editorial processing is generally free of charge. Please clarify any copyright issues with the stated publisher before further use. In the event of publication, please send a specimen copy to service@pressebox.de.