Lasers instead of light bulbs: Projections in a new light / Cinematic enjoyment with laser brilliance 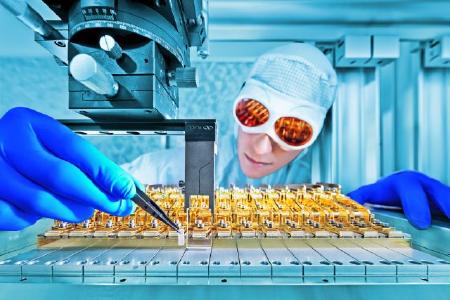 (PresseBox) ( Dortmund, 15-02-26 )
The United Nations (UN) has declared 2015 the "International Year of Light and Light-Based Technologies." "Light for Change," the motto accompanying this UN year, particularly applies to laser technology, which is now also taking over movie theaters. Micro-optics and services from LIMO have played a "leading role" in these and other laser projections for years.

Both light technology and new laser applications are the focus of the activities and events planned for the current UN year, which will be conducted by the German Physical Society (DPG), located in Bad Honnef, in partnership with the German UNESCO Commission. "During my physics studies, I was fascinated by everything about the scientific field of optics, and this of course ultimately led me to laser technology," says Dr. Oliver Homburg, Director for Advanced Optical Solutions at the Dortmund-based LIMO Lissotschenko Mikrooptik GmbH. "Laser projection is one of the developments we've been closely involved with at LIMO for quite some time, and it is certainly one of the most exciting."

In a sense, the success of this development is also a matter of survival for movie theater operators: According to the industry journal "Electro Optics," many moviegoers have already complained about excessive darkness during 3D film showings. New 3D laser projectors are now expected to provide some relief in this area. Unlike conventional bulb technology, these projectors deliver better brightness, higher contrast and improved brilliance. In addition, the diode laser sources used in the new devices have a significantly longer useful life and are much more energy-efficient.

The quality of RGB laser projectors, which are now capable of projecting three-dimensional 4K films with a luminous flux of approximately 60,000 lm or more, depends fully on the micro-optics used. Specifically for the red spectral range, where laser diode bars or mini-bars are used, LIMO offers special FACs and SAC arrays (for independent collimation of both axes) as well as BTS (for beam transformation on free-beam lasers with a symmetrical beam profile, or for fiber coupling). LIMO also performs the installation of its optics. While LIMO micro-optics stand out due to their high performance and quality, they also come at an attractive price thanks to their efficient wafer production. The "monolithic fiber-coupler" is in particularly high demand. Dr. Homburg notes, "A single fiber-coupler can couple the light of a mini-bar with up to 10 emitters into one fiber. To me, that's true cost-efficiency - something that can also be found on our micro-optics for the green and blue spectral ranges." This means that, thanks to LIMO technology, viewing movies in laser brilliance is becoming an affordable pleasure. And that would fit perfectly with the idea behind the "International Year of Light and Light-Based Technologies."

Since its foundation in 1992 LIMO Lissotschenko Mikrooptik GmbH has been known as one of the leading companies in laser beam shaping. At LIMO's headquarter in Dortmund an international team of more than 240 specialists develops, manufactures and sells innovative micro-optics and laser systems. We are the only company worldwide whose core competence uniquely combines optics design with laser systems and materials processing know-how. This makes LIMO an important and reliable partner for customers in various industries, e.g. in semiconductor manufacturing, flat panel display production, medical equipment manufacturing or in the automotive industry, who are looking for unique customer-specific solutions.