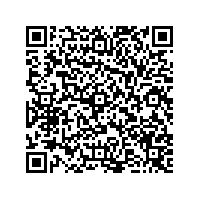 LAUDA presents the future of temperature control at ACHEMA 2015

One with the Future 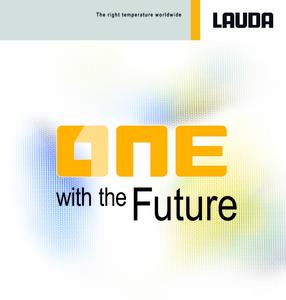 (PresseBox) ( Lauda-Königshofen, 15-06-03 )
Actively shaping the future - a principle that has driven LAUDA since the first laboratory thermostats were presented in 1956. The host of innovations developed by LAUDA have had a major impact on the temperature control industry. LAUDA's many past achievements have become benchmarks for the future and reflect the motto of this year's Achema trade fair in Frankfurt. "One with the Future": A logical conclusion of the corporate culture that has developed over many decades. The two exhibition stands in Hall 4.2 (stand E7) and Hall 5.1 (stand B76) impressively underline LAUDA's position as global market leader in the temperature control industry.

The new LAUDA PRO product line will be presented to the public for the first time at the trade fair. It operates in a temperature range of -100 to 250 °C. The advanced detachable multi-touch display, energy-saving air/water hybrid cooling system and natural refrigerants combine performance with environmental awareness to produce an out-standing overall concept.

LAUDA has extended its range of circulation chillers to include the MC 350 - a compact, space-saving unit that guarantees reliable continuous operation and fast, efficient heat dissipation in the laboratory. The addition of the MC 350 has extended the extremely successful line of Microcool entry-level units already available on the market to five models, offering a refrigeration capacity of 0.25 to 1.2 kilowatts.

LAUDA has provided high-quality devices for determining the viscosity, surface tension and interfacial tension of polymers, plastics, oils and surfactants for almost 50 years. It has established itself worldwide in research and quality assurance and sets standards for accuracy and reliability. 100% subsidiary LAUDA Scientific GmbH assumed responsibility for all development, sales and service activities for LAUDA measuring instruments on 1 March 2015 and is celebrating its debut appearance at the ACHEMA 2015 trade fair. The subsidiary is based in Hall 4.2, (stand E7) in the same location as the LAUDA temperature-controlled units.

The "Modular Engineering" experts from LAUDA Heating and Cooling Systems will be demonstrating their innova-tive solutions for industrial temperature control on a separate stand. "Modular Engineering" means that LAUDA process cooling units, heat transfer systems and secondary circuit units are designed and built according to specific customer requirements in compliance with all the necessary safety standards. LAUDA Heating and Cooling Systems occupy Stand B76 in Hall 5.1.

LAUDA is making its twentieth appearance at the Achema trade fair with the stand covering a total surface area of 260 square meters, which is a record compared to previous years. LAUDA is underlining its position as leader of the global temperature control market.