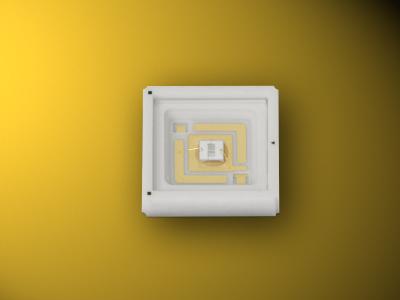 They have a narrow bandwidth, a forward voltage with a maximum of 7.5 V, and a 350 mA current. The LEDs are available immediately without warm-up.

These features make the 278 nm LEDs ideal for UV drying and curing in the printing industry, as well as in the disinfection and purification of water, air, surfaces, or analytical devices.