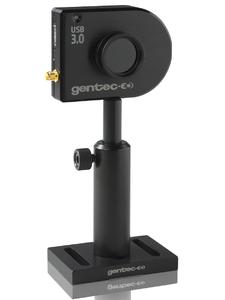 (PresseBox) ( Olching, 13-04-11 )
LASER COMPONENTS presents the first ever USB 3.0 Beam Profiling Camera from Gentec-EO. The Beamage-3.0 features a data transfer rate up to 10 fps at 1 MPixel.

Thanks to its unique combination of high pixel density (2.2 MPixels) and large sensor size (11.3 x 6.0 mm), the Beamage-3.0 has the double advantage of accurately characterising both very small beams of only a few tens of microns to larger beams of several mm in width: thus effectively covering most of the applications in one device.