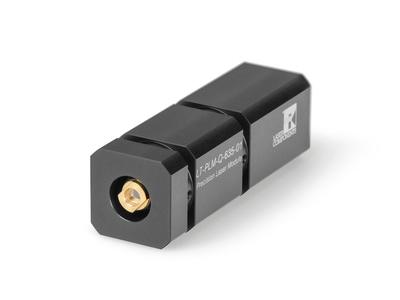 (PresseBox) ( Olching, 15-01-27 )
LASER COMPONENTS now also offers precision lasers with a square cross section. Precision lasers are laser modules that guarantee maximum parallelism between the laser beam and the housing axis. Their housings have an h6 fit; thus, they can be mated with the corresponding boreholes at zero clearance for highly-exact positioning tasks.

These new precision lasers are quite practical if suitable drilled holes are not present or assembly needs to be carried out on a flat surface. Here, the module is equipped with two M6 boreholes.

The deviation between the housing axis and the laser axis amounts to a maximum of 0.05 mrad - which is equal to 1 mm at a distance of 20 meters. This eye-safe laser module has an output power of 1 mW and is available at a wavelength of 635 nm. Other wavelengths and other output powers are also available.