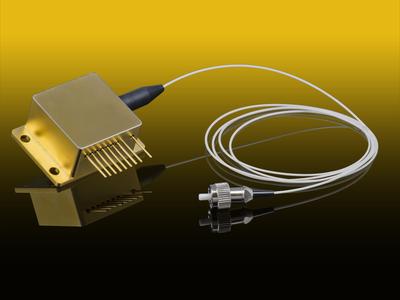 The company was founded in Beijing in 2010 and currently has 50 employees.

The production possibilities and highly competent staff in assembly and packaging played a critical role in concluding an exclusive contract. RealLight has a cleanroom that is 400 square meters in size. On-site visits and audits convinced LASER COMPONENTS that ReaLight is a company that combines a unique understanding of European standards of quality with the pricing advantages of Asian suppliers that ultimately get passed on to the customer. Above all RealLight is certified according to ISO9001:2008.

The product range comprises fiber-coupled laser diodes with output power levels of up to 70 W in the NIR spectral range (793 nm to 976 nm) and up to 50 mW in the visible range. In the powerful models, the robust metal housings feature a thermoelectric cooler, a thermistor, and a monitor diode. They are thus equipped for applications in medical technology, material processing, and illumination; however, they are also suited for pump laser applications.

LASER COMPONENTS is specialized in the development, manufacture, and sale of components and services for the laser and opto-electronics industries. With sales offices in four different countries, the company has served its customers since 1982. In-house production at six locations in Germany, Canada, and the USA began in 1986 and is meanwhile responsible for about half of its turnover. Currently, the family-run business employs more than 150 people worldwide.

Powell Lenses "Made in Germany"