Laser Power and Energy Detectors with a Direct PC Connection 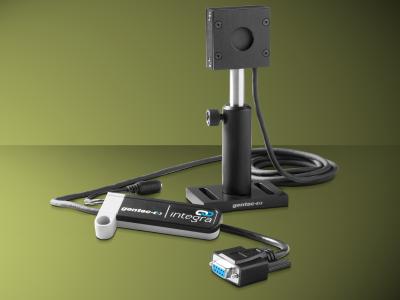 (PresseBox) ( Olching, 17-01-10 )
For applications under „industrial conditions“ laser power and engery detectors are connected directly to the computer: the INTEGRA series makes it happen. The INTEGRA detectors are now available not only with USB but also with an RS232 interface.

Oftentimes, production facilities and processing machines do not have USB interfaces available, or they cannot be used in systems-critical data transfers due to their susceptibility to interference. The INTEGRA RS-232 version is a compact and reliable alternative that is now available. The readout of the detector does not depend on a certain operating system. Thanks to the direct control using serial commands, this version requires neither a driver nor special software. This allows the RS-232 version of the INTEGRA series to also be operated under LINUX or directly from a PLC.

The mechanical design of the INTEGRA controller was also reworked: there is now a practical mounting hole available to attach the INTEGRA to an optical bench, for example.

Another INTEGRA version is available for energy detectors. In addition to a USB interface, this version has a BNC connection to transmit an external trigger signal. Gentec-EOs detectors are avaiable at LASER COMPONENTS.