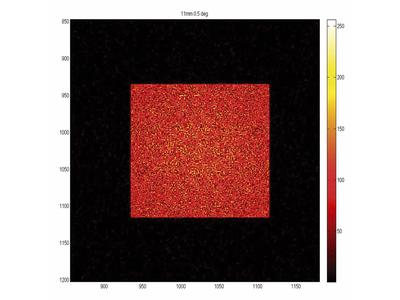 (PresseBox) ( Olching, 12-07-17 )
With resounding success, LASER COMPONENTS' partner Holo/OR designed an innovative homogenizer without speckel effects. In the past, customers have frequently criticized speckle effects in the homogenizers previously available on the market. The integration of two individual elements has brought an improvement.

The new high homogeneity HH model is a DOE with a diffractive structure on each side. Due to the precise position of both structures to one another, these elements perform much better than two separate elements in a row would.

Similar to standard homogenizers, these new diffractive optical elements produce a square, round, or hexagonal beam profile depending on the design. Upon request, other beam profiles can also be designed. Just get in contact with the distributor LASER COMPONENTS.

Holo/OR's DOEs can be used for high-power lasers. It is possible to produce designs for the wavelength range between 193 nm and 10.6 μm.