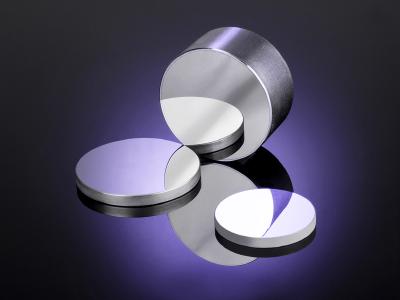 Pilot lasers are used in systems with invisible CO2 processing lasers to determine the beam's point of impact. The beam guidance of both lasers is the same, which leads to problems: If the beam-guiding components are not optimized for the wavelengths used, they "swallow" light. In silicon mirrors, the light of the pilot laser was almost not visible anymore.

In addition to silicon mirrors, copper mirrors are also used for light of the wavelength 10.6 μm. However, silicon substrates have major advantages: Unlike pure metal mirrors, they are significantly lighter. Furthermore, silicon mirrors are free of thorium and have a surface resistance that does not scratch as quickly during cleaning.