Small, inexpensive, and an operating temperature of up to 60°C 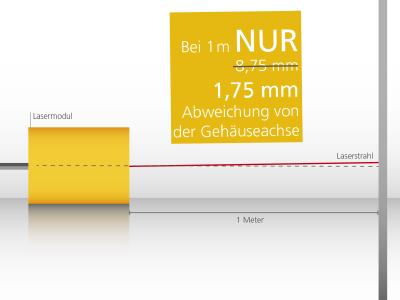 (PresseBox) ( Olching, 16-07-26 )
A laser module that is small, aligned, and inexpensive: that which always seemed like a contradiction in terms is now possible.

LASER COMPONENTS’ new OEM laser module has the following designation: LCLMD650-01-01-A-T60-AX-C, is only 9 mm long and has a diameter of 4 mm. This module operates at up to 60°C, which is unusual for a laser.

There are 50 mm long wires attached to this module – for easy connection in any situation. The output power of 1 mW provides for universal applicability in laser class 2. A version with an adjustable output power of up to 3 mW is also available.