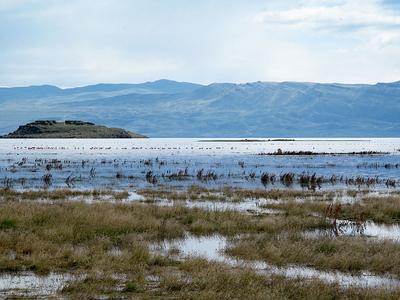 The wavelengths in the UVC range are produced from an alloy of gallium nitride and aluminum nitride. UV LEDs do not need to warm up, have a long lifespan, and are light and compact. Thus, they are perfectly suited for effective use in remote and offgrid sterilization systems, such as, for example, airplanes. Due to direct current operation, a solar installation can also be used as the power supply.