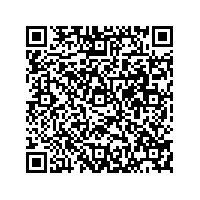 (PresseBox) ( Lüneburg, 17-04-24 )
Laser-based assembly assistance systems enable companies to increase efficiency of manual production even with smallest lot sizes and a high number of variants. The practical usage of digital laser technology for the ‘Industrie 4.0’ will be shown in the ‘Mit uns digital!’ roadshow bus at the Hanover Fair. The CAD-PRO laser projection system from LAP is part of this live experience! In the ‘mobile factory’, visitors will learn up close how workers are optimally supported by laser-guided assembly instructions during production.

"In the digital world, human labor will continue to be an important part of production. This is exactly where LAP’s laser-based assembly assistance system ASSEMBLY PRO takes effect," explains Ralf Müller-Polyzou, Head of Marketing and Product Management at LAP GmbH Laser Applikationen. "Based on digital production and order data, ASSEMBLY PRO supports manual assembly operations through laser-guided assembly instructions. These instructions are projected onto components with high precision and clearly structured. In this way, we provide experienced installers with safety and efficiency in the work process. Untrained fitters can be easily instructed and trained."

At the Hanover Fair, companies will get a hands-on experience in the roadshow bus of the Mittelstand 4.0 Competence Center in Hanover. Most recently, the assembly station of the ‘mobile factory’ has been equipped with digital laser technology from LAP. In the converted public bus, visitors may digitally produce their individual pens in lot size 1. For this to happen, a tablet PC is fed with the job data to configure the pen according to color, shape, handle and personal laser engraving. The order is printed as a QR code, handed over to the ‘factory’ and identified at each station via an RFID tag. The product passes through the typical stations of a real production from the picking, through the processing at the CNC machine, the laser engraving and finally to the assembly of the individual components. This is where the CAD-PRO laser projection system comes into play: The CAD-PRO laser projector is mounted above the assembly workplace and displays precise laser lines onto the compartment from which the part has to be taken. The projection file is based on the digital production data. At the end, the finished ballpoint pen is handed over by a robot to the ‘customer’.

Many industries may benefit from laser-based assistance

"The live experience shows in a vivid and realistic way how laser projection can effectively support assembly processes and how companies may increase the efficiency of manual production even with the smallest lot sizes and a high number of variants. Laser-based assembly assistance is also an affordable solution for small and medium-sized enterprises – not only in the metal industry but also in assembly processes in many other sectors, such as the wood, aerospace and automotive industries.

The roadshow bus of the Mittelstand 4.0 competence center in Hanover, which is funded by the Federal Ministry of Economic Affairs and Energy (BMWi), continues to tour through Lower Saxony and Bremen. At the Hanover Fair from April 24 to 28, it stops off at Pavilion 36 on the exhibition grounds.

LAP is a worldwide leader in the field of laser-based systems for projection and non-contact measurement. For more than 30 years, LAP has been developing, manufacturing and distributing laser measurement systems, line lasers and laser template projectors for industrial and medical applications. LAP products are high-precision devices Made in Germany. Using LAP laser systems, customers improve performance and increase the quality of their products as well as the effectiveness of their processes.