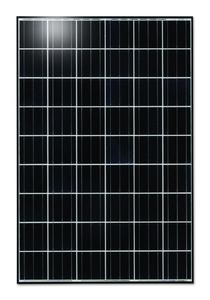 (PresseBox) ( Kyoto/Neuss, 08-06-03 )
Kyocera is combating the rapid expansion of demands for silicon in the solar industry with the mass production of a new solar cell of 180 micrometres in thickness using the latest advances in silicon ingot slicing and wafer coating. The new achievement in the company's manufacturing process offers higher efficiency in its consumption of multicrystalline silicon, the essential raw material used to make photovoltaic solar cells and modules.

The new multicrystalline silicon solar cell with a thickness of only 180 micrometres provides further evidence of Kyocera's innovative power: The industry's standard mass-production methods currently yield multicrystalline silicon solar cells 200 to 260 micrometres in thickness. The achievement is one element of a broader strategy by Kyocera to more than double its global production capacity for solar modules within the next three years, while minimizing its consumption of silicon, according to Mitsuru Imanaka, President of Kyocera Solar Europe.

"Long-term contracts with our supplier partners assure us of sufficient silicon stocks to expand our production output of about 207 megawatts of solar modules in 2007 to a target of 500 megawatts by March 2011," Imanaka stated.

In addition to reducing cell thickness, the company's R&D priorities include continuous improvement in the energy conversion efficiency of its solar cells. Kyocera reported achieving a new world record of 18.5 percent efficiency in October 2006, using a design with electrical contacts mounted on the underside of the cell. This increases the active area on the front, i.e. more light hits the cell surface, leading to increased power output. The company plans to have cells of this design in mass production by March 2010.

Kyocera's continuous R&D efforts in solar energy technologies since 1975 have made the company a world leader in photovoltaic cells and modules enabling it to supply fully integrated solutions, from components to complete solar electric generating systems. In 1982, Kyocera was the first company to mass produce multicrystalline silicon solar cells using the casting method. By producing all of its own components, without outsourcing or procuring any semi-finished products, the company consistently delivers industry-leading quality and reliability.

Headquartered in Kyoto, Japan, the Kyocera Corporation is one of the world's leading manufacturers of fine ceramic components for the technology industry. The strategically important divisions in the Kyocera Group, which comprises 189 subsidiaries, are information and communications technologies, products to increase the quality of life, and environmentally friendly products. The technology group is also one of the largest producers of solar energy systems worldwide.

With a workforce of 66,496 employees, Kyocera posted net sales of approximately €8.16 billion in fiscal year 2008. The products marketed by the company in Europe include laser printers, digital copying systems, microelectronic components, fineceramic products and complete solar systems. The corporation has two independent companies in the Federal Republic of Germany: the Kyocera Mita Deutschland GmbH in Meerbusch and the Kyocera Fineceramics GmbH in Neuss and Esslingen.

The company also takes a lively interest in cultural affairs. The Kyoto Prize, one of the most prominent international awards, is presented each year by the Inamori Foundation, once established by Kyocera founder Dr. Kazuo Inamori, to individuals and groups worldwide for their outstanding human achievement (€300,000 prize amounts).