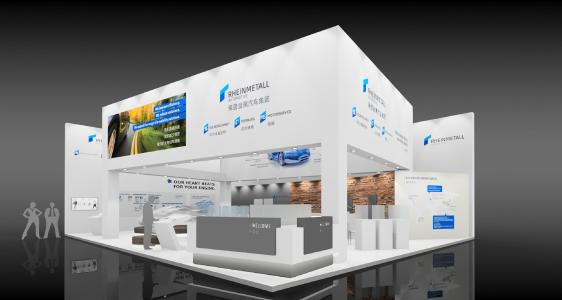 (PresseBox) ( Neckarsulm, 17-04-06 )
Auto Shanghai is being held this year from April 21 to 28 at the International Center for Exhibition and Convention in Shanghai, China. Rheinmetall Automotive AG is displaying its products in the German Pavilion in Hall 4.2 at Stand 4BG131. The German auto-industry supplier with a tradition going back over a century will be exhibiting engine components of the brands Kolbenschmidt and Pierburg that play a major role in reducing fuel consumption and emissions. Another focal point of the presentation: electric vehicle components.

At a stand of over 200 square meters, a broad range of products can be viewed. There are emission-reduction components such as exhaust-gas recirculation systems, throttle bodies and valves as well as variable-flow on-demand pumps. Other exhibits include steel and lightweight pistons with low-friction coatings and high-duty plain bearings—all helping to make the engine kinder to the environment.

An eye-catcher among the exhibits is a plexiglass car into which a range extender and heater/cooler module are installed. As the name suggests, the purpose of the range extender is to lengthen the mileage available on electric vehicles before having to recharge. To this end, a two-cylinder gasoline engine switches on as and when required, in order to recharge the battery through a generator. The heater/cooler module is a part of the vehicle’s air-conditioning system and features a heat pump for connecting such components as the drive unit and generator as heat sources with the heating system of the vehicle. Until now, electric vehicles have mostly been fitted with electrical heating systems, which, however, inevitably shortens the mileage range and the operating cycle.

Statistics tell us that China has over 190 million vehicles; around 23 million new vehicles were sold in 2016. That year alone auto production rose by almost 14 percent year on year. On account of the generally high emission level, the capital Beijing introduced the Beijing 5 emission standard as of March 1, 2013. This standard, approximately equivalent to Euro 5, was replaced as of January 1 this year by Bejing 6.

Rheinmetall Group wins major order in the field of electromobility