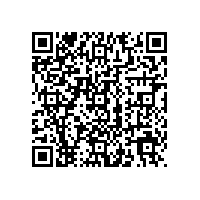 Prize-winning EGR cooler made of aluminum

Subscribe to news
(PresseBox) ( Neckarsulm, 08-09-05 )
In view of increasingly stringent exhaust gas regulations, there is a need for ongoing refinement of pollution control strategies. As far as diesel engines are concerned - be they in cars or commercial vehicles - this applies particularly to the continuing suppression of nitric oxides (NOx). Cooled exhaust gas recirculation plays an important part here, because this is a way of significantly reducing NOx output. Building on its many years of experience in the development and production of exhaust gas recirculation (EGR) systems, Pierburg has developed an aluminum module that permits both targeted cooling and control of the EGR mass.

In designing the new cooler module, the Pierburg development team has come up with a product innovation for diesel vehicles distinguished by its outstanding long-term cooling performance. This is achieved with a novel exhaust gas routing arrangement via specially shaped fins. The novel cooler is suitable for both low- and high-pressure processes and can be incorporated in the intake manifold of engines with matching design features.

Made entirely of pressure die-cast aluminum, the exhaust gas cooler transfers the heat to the coolant. Depending on the operating point, it reduces the exhaust gas temperature by over 600 degrees Celsius and thus not only contributes considerably to a reduction in combustion temperature and nitric oxide emissions, but also lowers the temperature loads on the downstream engine components.

Aluminum as an innovative material

Until now, coolers have consisted mainly of welded stainless steel panels, which is a relatively expensive production method. Another benefit of aluminum as a material is that it is much more thermally conductive than steel. Stainless steel has a thermal conductivity of about 15 W/mK (watts per meter and Kelvin), while pressure die-cast aluminum at 150 W/mK is ten times more efficient. As a result of aluminum's outstanding thermal conductivity, relatively high cooling performance can be achieved with a relatively small footprint.

The newly developed cooler geometry with fins not only counteracts the cooler's tendency to foul, but also realizes a sustained improvement in cooling performance throughout the cooler's entire service life.

The special patented design with a discontinuous fin structure is also optimal because it encourages the turbulent mixing of the exhaust gas flow. The fin structure counteracts direct fouling, encourages convective heat exchange and permits an exchange of substances, pressure and heat transverse to the mainstream direction-thus having a self-cleaning effect. This is where the so-called Kelvin-Helmholtz instabilities are exploited where a swirl occurs at the shear layer of two parallel-flow layers with varying flow velocities. A graphic example of this is the trail of vortices visible downstream from a rock in a river.

Another important advantage of the new EGR cooler is that it is an integrated assembly in which the individual components-EGR cooler with its coolant flow, bypass valve alternating on-demand between cooler and bypass operation, and EGR valve for controlling the EGR rate-have been sensibly united in a single EGR module. Moreover, aluminum makes it possible to combine the EGR module and intake manifold in a single component. The outcome is an integrated intake manifold module with an exhaust gas recirculation and cooling system.

By fine-tuning a new welding method developed for die-cast aluminum parts, it is now possible to weld together all the internal interfaces of the module rather than use the type of temperature-resistant seals and supplementary fasteners employed until now.

Additionally to meeting the already mentioned strict criteria - for instance, high cooling performance, minimum cold fouling and good resistance to elevated exhaust gas temperatures - there is also the weight advantage of the new EGR cooler due to the use of pressure die-cast aluminum. And because of the aluminum and its inherent corrosion protection, all requirements in terms of durability are likewise met.

By developing the aluminum cooler, Pierburg is now offering carmakers an inexpensive alternative to today's conventional stainless steel coolers. The market prospects for the innovative system are promising and the first production series are already underway. Both diesel and lean-operated gasoline engines will be inconceivable in future in view of the ever-stricter exhaust gas legislation.

Decisive for the cooler's nomination was its innovative pressure die-cast cooler design and the high casting quality of the new friction stir welding process. The jury was particularly impressed by the holistic aluminum cooler concept with its high thermal conductivity and very good resistance to corrosion.