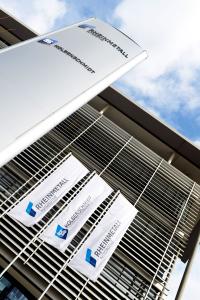 (PresseBox) ( Neckarsulm, 20-05-15 )
In the first quarter of 2020, Rheinmetall Automotive did not escape the downward trend on the global automotive markets and the effects of the coronavirus crisis, and reported decreased sales of €618 million for the first quarter of 2020 after €714 million in the same period of the previous year. This represents a decrease of €96 million or 13.5%. In comparison, the number of vehicles under 6 t produced worldwide outside of China decreased by 14.7% year-on-year. Calculated including the Chinese market, global automotive production decreased during the first quarter of 2020 by as much as 23% year-on-year, thus the overall performance of Rheinmetall Automotive beeing slightly better than the market.

Despite these industry-wide difficulties, Rheinmetall Automotive can report positive earnings for the first quarter of 2020. Operating earnings amounted to €10 million after €49 million in the same period of the previous year. The operating earnings margin of the sector therefore decreased to 1.7% (previous year: 6.9%).

“Like all other automotive suppliers,” says Armin Papperger, CEO of Rheinmetall AG, “we have had to significantly limit our production in the Automotive sector. This will have a considerable negative impact on us in the second quarter in particular. However, in light of the market recovery beginning to take effect in China and the resumption of production by our international customers, we are confident that we will be able to ramp up manufacturing further at a number of our Automotive sites in the second quarter.” He added: “Rheinmetall is fighting against the coronavirus crisis with all of our strength – and not only at the business level. We are aware of our responsibility in this context, both for protecting the health of our 30,000 employees worldwide as well as for society as a whole. As such, it is currently a key priority of ours to help those who help us: This includes measures such as procuring protective equipment from China in large quantities, manufacturing components for medical devices, and supplying disinfectants and other urgently needed goods. We are dedicating all available resources towards dealing with this crisis, and hope to serve as a capable and reliable partner with respect to government health and crisis response measures so that we can overcome the situation together.”

Shortfalls in orders from customers in the Automotive sector will be addressed with a variety of measures for reducing production which will be adjusted according to the respective situations of the different Rheinmetall Automotive sites. Consistent efforts are being made to ensure that the plants’ supply chain remains functional as far possible. At the same time, all necessary preparations have been made at Automotive for a controlled restart of the plants which were required to suspend production by government order.

At €210 million, the Hardparts division's sales were down in the first quarter of 2020, falling by 16% year-on-year. The operating earnings for the first three months of 2020 decreased from €13 million in the previous year to €-3 million.

In the Aftermarket division, sales for the first quarter of 2020 remained stable at the same level as the previous year. The sales volume generated by the division of €83 million stands only €2 million below the previous year's figure of €85 million. The decrease amounts to 2.4%. The division’s operating earnings amounted to €4 million (Q1 2019: €8 million).

The joint ventures in China, which are not included in the Automotive sector’s sales figures, were affected by the coronavirus crisis at an earlier point in the quarter and are reporting significant production downtime following government-ordered closures (which have now been lifted). These companies generated sales of only €144 million in the first quarter. This corresponds to a decrease by 34% relative to the figure for the same period of the previous year of €219 million. In comparison, light vehicle production in China decreased by 47% during the same period relative to the same quarter of the previous year. Production at the Chinese joint venture has now almost returned to the level from before the outbreak of the coronavirus crisis.

In the Automotive sector, the potential effects of the COVID-19 crisis on end-customer demand, automotive manufacturers’ production figures and global supply chains cannot be reliably forecast at present. An adjusted outlook for the Automotive sector for 2020 as a whole that reflects the changed market situation therefore is not yet possible under the circumstances due to the high level of uncertainty. Rheinmetall expects that sales and operating earnings in the Automotive sector and the Group will be significantly lower than in previous forecasts, which did not yet account for the effects of the coronavirus crisis.

Statements and forecasts referring to the future 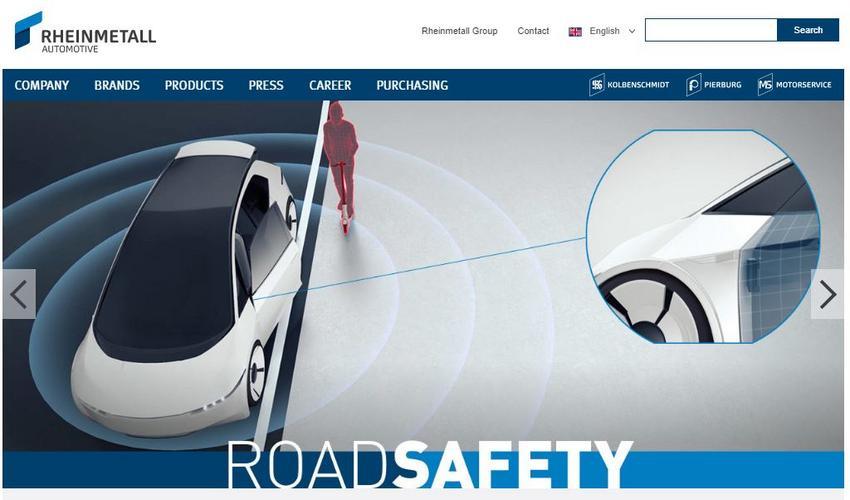