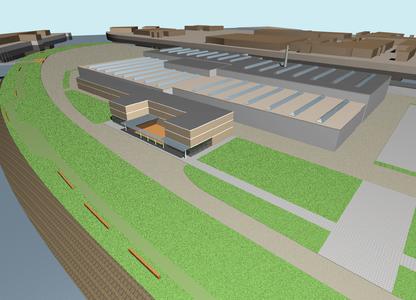 (PresseBox) ( Neckarsulm, 12-07-23 )
Pierburg GmbH of Neuss, Germany, plans to concentrate its two production facilities in Neuss and Nettetal at a new location in North Rhine-Westphalia, the "Hafenmole" in Neuss. The company has now signed a contract to acquire approximately 70,000 square meters of space in the Port of Neuss. Pierburg GmbH is a subsidiary of auto parts supplier KSPG AG, a member of the Rheinmetall Group.

Preliminary work on the new production facility in Neuss is set to begin shortly. Pierburg intends to produce magnetic valves, exhaust gas recirculation systems and other components for cars and commercial vehicles at the new Hafenmole plant starting in 2014.

Pierburg hopes to attract as many employees from Nettetal to the new plant as possible. The Nettetal plant currently has around 400 employees, while roughly 300 now work in production jobs in Neuss.

Owing to the effects of synergy, the consolidated plant is projected to require some 600 staff; Pierburg expects most of the remainder to retire, opt for semi-retirement, or leave in other socially sustainable ways. It has also been agreed that consolidation of the two plants will not result in layoffs.

The KSPG Group is investing an eight-figure amount in the new construction project. "For us, this decision is a sign of the efficiency of our people and production facilities in Germany, which have to demonstrate their ability to compete internationally over and over again. Moreover, the plant in Neuss demonstrates that industrial production in Germany makes good economic sense when all the parameters are right", declares Peter Sebastian Krause, Work Director and Member of the Executive Board of KSPG AG.

In the months leading up to the decision, Pierburg undertook an elaborate review of ways to continue production in the Lower Rhine region, carefully weighing the options. Besides the Port of Neuss site, the company looked at an attractive location in nearby Mönchengladbach as well as the possibility of expanding the Nettetal plant.

"The decision to opt for Neuss ultimately came down to the excellent infrastructure, including optimum transport links, which made the new site easy to reach for our Nettetal employees, too. But the proximity to our development and headquarters units at our Alfred Pierburg Strasse facility in Neuss also played an important role in the decision", explains Dr. Stefan Knirsch, head of the KSPG Mechatronics division, to which Pierburg GmbH and Pierburg Pump Technology GmbH, also based in Neuss, both belong. Knirsch goes on to note that, "At the Hafenmole site, we've found a location where we can combine two of our core competencies: magnetic valves and products for reducing emissions from cars and trucks. In addition, we're going to carry on concentrating our casting technology expertise and, at the same time, systematically push forward with new innovative products. At Pierburg plants around the world, the new production facility is set to lead the way in these product areas."