KSPG now has 11 locations in China 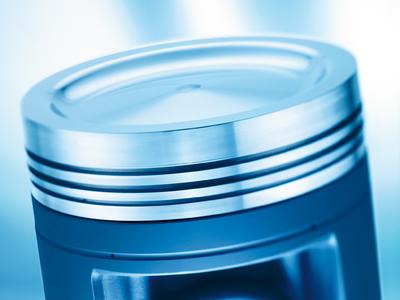 (PresseBox) ( Neckarsulm, 13-11-05 )
KS Kolbenschmidt GmbH, a subsidiary of first-tier auto-component supplier KSPG AG, has in its Large-Bore Piston unit established a new company specifically for the Asian markets. From its newly opened sales and production location in the Shanghai region, KSLP (China) Co. Ltd. will as from now supply large-bore pistons for marine engines, locomotives and stationary generators to customers in China, Japan, and Korea. The new company thus takes into account these markets' dynamic regional growth. Meanwhile some 80 percent of all ocean-going vessels are being built in these countries, followed by Vietnam and India.

The Large-Bore Piston unit of KSPG is thus systematically expanding its global presence. The new facility joins the Group's large-bore piston plants in Neckarsulm, Germany, und Marinette, Wisconsin, USA, and will focus on pistons with diameters of 160 to 350 mm for medium-speed diesel and gas engines. Completing the lineup are the matching cylinder liners for which M. Jürgensen GmbH & Co. KG will have a representative office in the new large-bore piston plant of KSLP China in the Plainvim industrial park in Kunshan.

The new Chinese company is a wholly-owned subsidiary of KS Kolbenschmidt GmbH. The plant has a production space of 8,100 m² and initially a workforce of twenty. Over the years ahead this will rise to around 100.

Since 1997, the KSPG Group has been represented in China by joint ventures and companies of its own. The three joint ventures with SAIC - Shanghai Automotive Industry Corporation alone employ around 3,500 persons within China. The company is meanwhile China's biggest manufacturer of cylinder heads for car engines and has altogether 11 locations in the Shanghai and Yantai regions. Besides this latest addition of large-bore pistons, KSPG produces in China pistons for cars and commercial vehicles, exhaust-gas recirculation valves, throttle bodies, water and oil pumps as well as engine blocks. Also controlled from Shanghai is the Group's Asia-Pacific aftermarket business. In fiscal 2012, KSPG's total sales in China rose 30 percent to around €400 million.