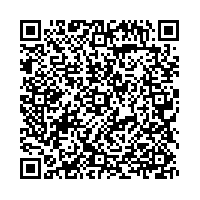 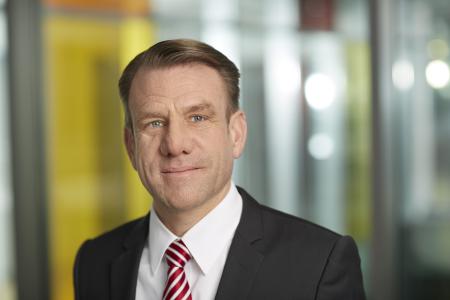 (PresseBox) ( Munich, 17-05-12 )
Knorr-Bremse is supplying Team Hahn Racing with brakes and steering systems for its FIA European Truck Racing Championship (ETRC) campaign. Fresh from successful tests in April at Iveco’s facility in Ulm, Germany and the Most racing circuit in the Czech Republic, the team is ready to get the season underway in Spielberg, Austria on 13/14 May. The highlight of the series for German race fans will come on the first weekend of July at the Nürburgring. The ETRC is among Europe’s most popular race series after Formula One.

Reigning European Truck Racing champion Jochen Hahn will be lining up for Iveco from the 2017 season in an all-new race truck. As well as its role as Hahn Racing’s main sponsor, Knorr-Bremse is also an important technical partner for the team and supplies both the brakes and steering. Knorr-Bremse has channeled its expertise into the preparation of the Iveco race truck, working side-by-side with Team Hahn Racing and Team Schwabentruck.

“Like the engine, robust components which can withstand the extreme demands of race action over the course of a full season are key elements in our success,” says Jochen Hahn, who is not only a gifted truck racer but also an enthusiastic engineer. “Essential safety systems, such as the brakes and steering, have to be extremely reliable and durable. We completed our testing and fine-tuning program in April at the track in Most and are very happy with the new Iveco race trucks.”

In line with the European Truck Racing Championship regulations, the majority of parts is taken from series-produced models or is close-to-series. A case in point are the brakes, which Jochen Hahn’s team has sourced from Knorr-Bremse for many years. “There was no doubt we would continue our longstanding partnership with Knorr-Bremse for the new truck,” says Diana Hahn, who heads up the team’s marketing activities. “Alongside its involvement as main sponsor, Knorr-Bremse has also been an important engineering partner for many years when it comes to making our trucks as good as they can be.”

Team Hahn Racing has enjoyed many years of success with its steering systems and been very happy with them. The Wülfrath-based Knorr-Bremse SteeringSystems delivered ten C700 recirculating ball steering gears to Hahn Racing back in November. The race version of this system takes the standard design and adds extra robustness and a specific spindle pitch, which enables more direct steering – meaning that fewer turns of the steering wheel are required to achieve the same wheel angle.

This ultra-precise set-up and its greater output torque make it easy for the driver to focus one-hundred percent on gear changes and race tactics. Steering precision is an important factor in truck racing. The trucks are driven at high speeds on challenging and twisty tracks with varying levels of banking, and direct, precise transfer of steering movements to the chassis can make the difference between success and failure.

Knorr-Bremse will be presenting its TruckServices aftermarket brand with its own booth at the truck races. Because it’s not only on the track that trucks have to turn in top performance. In the real world they have to prove themselves over many years, as opposed to the few short sessions into which truck racing is condensed. That’s why operators need systems and partners that offer them appropriate solutions over the full life cycle of their vehicles.

Bernd Spies, Chairman of the Management Board of Knorr-Bremse Systeme für Nutzfahrzeuge GmbH, is looking forward to the new season and especially to the race at the Nürburgring (the 32nd International ADAC Truck Grand Prix), where Knorr-Bremse will be present with its own customer event: “We are proud to be able to supply Team Hahn Racing with two important safety and performance systems in the form of the brakes and steering systems,” says Spies. “We wish Jochen Hahn and his team a successful season with the new Iveco truck.”

You can find dates and news for the 2017 season in the FIA ETRC race series at http://www.fiaetrc.com

Knorr-Bremse is the leading manufacturer of braking systems and supplier of additional sub-systems for rail and commercial vehicles, with sales totaling approximately EUR 5.5 billion in 2016. In 30 countries, some 25,000 employees develop, manufacture, and service braking, entrance, control, and energy supply systems, HVAC and driver assistance systems, as well as steering systems, and powertrain and transmission control solutions.

As a technology leader, through its products the company has been making a decisive contribution to greater safety by road and rail since 1905. Every day, more than one billion people around the world put their trust in systems made by Knorr-Bremse.