Changes in the Executive Board of Knorr-Bremse AG 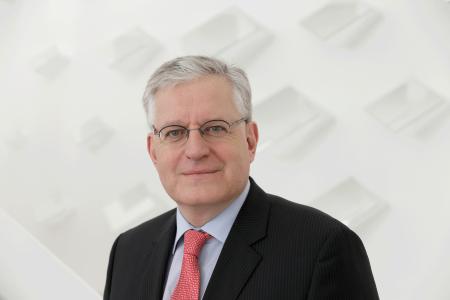 Dr. Lorenz Zwingmann, Executive Board member responsible for Finance, IT, Controlling and Processes at Knorr-Bremse AG, will not be renewing his contract when it terminates on 31.12.2017, in order to take up a new professional challenge in his North German homeland. The Supervisory Board of Knorr-Bremse AG has taken note of Dr. Zwingmann‘s decision with great regret. Dr. Zwingmann intends to fully meet his contractual obligations up until the termination date. A decision on a successor will be made as rapidly as possible.

Dr. Zwingmann has been a member of the Executive Board of the Company since the end of 2008, and from 2011 to mid-2013 was also the Executive Board spokesman. “The Supervisory Board thanks Dr. Lorenz Zwingmann for his exceptional commitment to Knorr-Bremse AG. Since he first joined the Board in 2008, he has made a crucial contribution to the Company‘s successful growth and internationalization strategy. Dr. Zwingmann introduced efficient processes, continuously improved the Company’s financial, risk management and IT systems and ensured their viability for the future. We are extremely grateful to him for his outstanding contribution and regret the fact that he will no longer be available to the Company,” said Hans-Georg Härter, Chairman of the Supervisory Board of Knorr-Bremse AG. Prior to leaving the company Dr. Zwingmann would prepare and support the transfer of his duties to a successor.

Dr. Lorenz Zwingmann joined Knorr-Bremse AG as CFO in December 2008. After undergraduate studies and completion of a doctorate at Göttingen University, he worked from the mid-1990s onwards at Philips Electronics. Between 2003 and 2008 he acted as commercial manager of the STILL Group, one of the leading manufacturers of industrial trucks.

Knorr-Bremse is the leading manufacturer of braking systems and supplier of additional sub-systems for rail and commercial vehicles, with sales totaling approximately EUR 5.5 billion in 2016. Some 25,000 employees develop, manufacture, and service braking, entrance, control, and energy supply systems, HVAC and driver assistance systems, as well as powertrain-related solutions. Ever since 1905 the company has been pioneering new technologies that make a crucial contribution to improving road and rail safety. Every day, more than one billion people around the world put their trust in systems made by Knorr-Bremse.