Changes in the Executive Board at Knorr-Bremse

The Supervisory Board of Knorr-Bremse AG has appointed Ralph Heuwing to succeed Dr. Lorenz Zwingmann as Chief Financial Officer 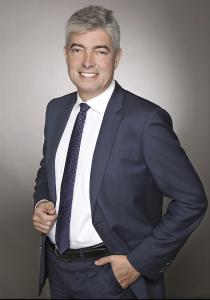 (PresseBox) ( München, 17-07-07 )
From May 2007 to May 2017, Ralph Heuwing (51) was CFO of technology company Dürr AG, where he was responsible for the commercial activities of the group, for IT and global sourcing, as well as for two of Dürr’s five divisions. His performance there won him the 2016 “CFO of the Year” award.

The Chairman of the Supervisory Board of Knorr-Bremse AG, Hans-Georg Härter, said: “We are very pleased that, in Ralph Heuwing, we have been able to recruit such an experienced, successful and proficient CFO for Knorr-Bremse. We are banking on his rigorous financial management and far-sighted strategy to help drive Knorr-Bremse forward along its unswerving path to growth.”

After completing his studies of Mechanical Engineering at RWTH Aachen and the MIT in Cambridge (USA), and earning an MBA from INSEAD in France, Ralph Heuwing began his career with Boston Consulting Group as a consultant with the firm’s Munich and Frankfurt offices. In 1996 he transferred to India to set up the firm’s consulting business there, before returning to Germany in 2001 as Managing Director and Partner. During his extensive stay with BCG, his activities focused on multinational companies in the capital goods and financial services sectors, where he worked on strategic development, organization, performance enhancement and corporate financing.

Ralph Heuwing is to join Knorr-Bremse AG on November 1, 2017 and will take over the responsibilities of Dr. Lorenz Zwingmann on January 1, 2018. Dr. Zwingmann will prepare and steward the transfer of responsibilities to his successor before leaving the company. Effective January 1, 2018 he is to join the Executive Board of Marquard & Bahls AG where, following a handover period, he will take over from the departing CFO, Dr. Claus-Georg Nette. Dr. Zwingmann was originally appointed to the Executive Board of Knorr-Bremse AG at the end of 2008 and from 2011 to mid-2013 he was Spokesman of the Executive Board.

“The Supervisory Board thanks Dr. Lorenz Zwingmann for his exceptional commitment to Knorr-Bremse AG. Since joining the Board in 2008, he has made a decisive contribution to the company’s successful growth and internationalization strategy. Dr. Zwingmann has introduced efficient processes, and has continuously optimized and future-proofed the company’s financial, risk management and IT systems. We thank him for his outstanding performance and wish him every success in his new role,” said Hans-Georg Härter, Chairman of the Supervisory Board of Knorr-Bremse AG.

Knorr-Bremse is the leading manufacturer of braking systems and supplier of additional sub-systems for rail and commercial vehicles, with sales totaling approximately EUR 5.5 billion in 2016. In 30 countries, some 25,000 employees develop, manufacture, and service braking, entrance, control, and energy supply systems, HVAC and driver assistance systems, as well as steering systems, and powertrain and transmission control solutions. As a technology leader, through its products the company has been making a decisive contribution to greater safety by road and rail since 1905. Every day, more than one billion people around the world put their trust in systems made by Knorr-Bremse.

Recommend Changes in the Executive Board at Knorr-Bremse press release