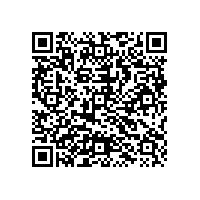 Subscribe to news
(PresseBox) ( Munich, 19-09-18 )
Today the Supervisory Board of Knorr-Bremse AG unanimously appointed Bernd Eulitz to be the new CEO of Knorr-Bremse AG. He will assume his post on November 1, 2019. In addition to his role as CEO, Mr. Eulitz will, as Labor Director, also be responsible for the HR function.

“With Mr. Eulitz, we have won a very experienced strategist with significant international and industrial expertise for the CEO position at Knorr-Bremse AG,” says Prof. Dr. Klaus Mangold, Chairman of the Supervisory Board of Knorr-Bremse AG. “As member of the managing board of Linde AG, he has decisively shaped the development of the company over the last five years. In addition, he has significantly expanded the business internationally through foresight, strong leadership and a team spirit. I am convinced that, together with the existing Executive Board team at Knorr-Bremse, Mr. Eulitz will lead the company with strategic foresight through the dynamic market environment.”

“I look forward to help shape the future of Knorr-Bremse. The company is very successful and enjoys an exceptional reputation,” says Bernd Eulitz. “The company’s IPO one year ago was very successful, and the company still managed to maintain its core essence as a family business. This combination of capital-market orientation and entrepreneurial identity is very attractive and holds great potential for the company’s future development.”

In his last role, Bernd Eulitz (53) was a member of the managing board of Linde Group, a DAX- and S&P 500 listed company. As Executive Vice President, he was responsible for the business in the Americas. In 2015, Mr. Eulitz became member of the managing board at Linde AG, where he was responsible for the Gases Division in the European, Middle Eastern and African markets. From 2010 to 2014 Mr. Eulitz was in charge for South and East Asia. Before switching to Linde, Mr. Eulitz worked in various positions at Air Liquide and A.T. Kearney. Bernd Eulitz has a degree in process engineering (TH Karlsruhe, Germany).

Knorr-Bremse (ISIN: DE000KBX1006, Ticker symbol: KBX) is the global market leader for breaking systems and a leading supplier of other safety-critical rail and commercial vehicle subsystems. Knorr- Bremse's products make a decisive contribution to greater safety and energy efficiency on rail tracks and roads around the world. Approximately 29,000 employees at over 100 sites in more than 30 countries use their competence and motivation to satisfy customers worldwide with products and services. In 2018, Knorr-Bremse's two divisions together generated revenues of EUR 6.6 billion. For more than 110 years the company has been the industry innovator, driving innovation in mobility and transportation technologies with an edge in connected system solutions. Knorr-Bremse is one of Germany's most successful industrial companies and profits from the key global megatrends: urbanization, eco-efficiency, digitization and automated driving.