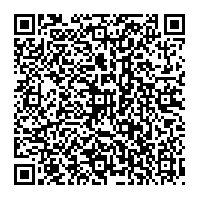 Dr. Peter Laier, Member of the Executive Board of Knorr-Bremse AG and responsible for the Commercial Vehicle Systems division, attended the groundbreaking ceremony among other executives and partner organizations: “The trend toward greater traffic safety is leading to an increasing substitution of drum brakes by the even more safety-oriented air disc brakes in the North American market. Against this background, the expansion of our wheel-end capacity in Bowling Green marks one of Knorr-Bremse’s largest investments in 2019 and 2020.”

Carlos Hungria, Bendix Chief Operating Officer added: “Our team in Bowling Green is exceptional. They surpassed the 3-million-unit production milestone for the Bendix® ADB22X® air disc brake earlier this year. And now, through this latest investment in highly efficient production technology, they will be even better positioned to meet the escalating demand for air disc brakes in North America.”

BSFB is expanding its facility on a parcel adjacent to its 302,000-square-foot building, a leased space the company is purchasing as part of the investment. Among other improvements in support of Bendix’s North American air disc brake (ADB) portfolio, the stateofthe-art expansion will add a new bracket weld machine center, a third ADB production line, four ADB caliper machining centers, engineering test capabilities, plus an on-site employee medical clinic. Space will also be held in reserve to address longer-term growth opportunities. The facility employs over 400 team members covering three shifts. Completion of the upgraded plant – which will total 432,000 square feet – is expected by the end of 2020.

The joint venture produces the full lineup of commercially available Bendix® brand foundation drum and air disc brake solutions at the Bowling Green wheel-end facility. Since its opening in 2007, Bendix has invested millions of dollars in production capacity and automation – part of the company’s commitment to continually invest in and improve its manufacturing operations.

The expanded Bowling Green site will continue to incorporate green building guidelines, including an energy-efficient infrastructure, and zero landfill concepts as essential elements in the construction plans. The efforts contribute to the UN Sustainable Development Goal SDG 12 (Responsible Consumption and Production) that Knorr-Bremse supports along with four other SDGs to meet high environmental and sustainability requirements and standards. Within the framework of the “Agenda 2030” of the United Nations, Knorr-Bremse wants to make an effective contribution.

“We’re very proud of our nearly 40-year history here, and this investment marks the start of an exciting new chapter for our team in Huntington. Our addition is just one more way we continue to optimize our manufacturing operations and distribution, while addressing customer demand at the highest level possible,” said Carlos Hungria.

The site is shaped by continual growth and expansion, reinforced by the company’s business unit-focused approach. In 2017, Bendix made an investment that included the addition of two new production lines to manufacture a portion of its vibration damper product portfolio. Investments continued last year with the first installment of an expected capital plan, which opened the doors on a fifth building that expanded the company’s distribution capabilities, as well as its module manufacturing.

Bendix – which today employs nearly 440 team members in Huntington – expects to add approximately 40 additional jobs over a three-year period as it further ramps up operations. Approximately 30 percent of the floor space will be held in reserve to address long-term expansion opportunities.

Knorr-Bremse (ISIN: DE000KBX1006, Ticker symbol: KBX) is the global market leader for braking systems and a leading supplier of other safety-critical rail and commercial vehicle systems. Knorr- Bremse's products make a decisive contribution to greater safety and energy efficiency on rail tracks and roads around the world. About 28,500 employees at over 100 sites in more than 30 countries use their competence and motivation to satisfy customers worldwide with products and services. In 2018, Knorr-Bremse's two divisions together generated revenues of EUR 6.6 billion. For more than 114 years the company has been the industry innovator, driving innovation in mobility and transportation technologies with an edge in connected system solutions. Knorr-Bremse is one of Germany's most successful industrial companies and profits from the key global megatrends: Urbanization, ecoefficiency, digitization and automated driving.