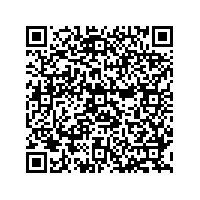 New Vossloh LRVs for Karlsruhe are approved for railway operation

Subscribe to news
(PresseBox) ( Düsseldorf, 15-06-25 )
The Citylink trains of the NET 2012 series from Vossloh's subsidiaries Vossloh Kiepe and Vossloh Rail Vehicles have been approved by the Federal Railway Agency on June 19, 2015 pursuant to the German Regulations Governing the Construction and Operation of Railways (EBO). Thus, the new light rail vehicles have not only been approved for operation in the city pursuant to the German Regulations on the Construction and Operation of Light Rail Transit Systems (BOStrab), but also for operation on the railway tracks of the lines S1/S11 of the "Karlsruher Verkehrsverbund" energised with 750 V.

Since May 2014 the new LRVs have been delivered and put into service step by step. Before that, the trains had been thoroughly tested in the factory of the vehicle manufacturer in Valencia and by the Verkehrsbetriebe Karlsruhe GmbH (VBK). The test evidences and documentations for urban homologation were presented to the Technical Supervisory Authority of Baden-Württemberg already in the autumn of 2014. Therefore, it was possible to present the homologation certificate with the provisional operating licence pursuant to BOStrab already on September 25, 2014 at Innotrans in Berlin, which was only four months after delivery of the first vehicle to the Karlsruhe transport company. At present, the new low-floor vehicles are operated daily on the urban tramway lines in Karlsruhe. As the LRVs have now also been approved for operation on EBO lines, they can now also be operated on the regional lines S1/S11 between Hochstetten and Bad Herrenalb / Ittersbach. Thus, on these lines the NET 2012 changes from being a flexible light rail vehicle with a strong braking performance to being an up to 80 km/h fast regional train - completely unnoticed to the passengers.

Due to the traction equipment from Vossloh Kiepe the Citylink is on its way with reliable and innovative electric technology 'Made in Düsseldorf'. The motor and trailer bogies under the vehicle, which are in conventional design and equipped with air suspension, ensure high passenger comfort. The Citylink NET 2012 was developed and manufactured by Vossloh Rail Vehicles in Valencia. The Spanish vehicle manufacturer also produces the bogies and the car bodies and assembles the vehicles.

The Citylink NET 2012 is a barrier-free, low-floor light rail vehicle, which has been adapted to the infrastructure in the city of Karlsruhe and to the special requirements for railway operation out of the city. Thus, the vehicle fulfils the high collision requirements for regional rail vehicles. Despite their suitability for regional operation the vehicles have low-floor boarding areas, which are for only 340 mm platform height, which means that the passengers can board and alight at tramway level.

The contract, which was concluded in October 2011 between the Verkehrsbetriebe Karlsruhe GmbH (VBK), the Albtal-Verkehrs-Gesellschaft (AVG) and the supplier consortium Vossloh Kiepe/Vossloh Rail Vehicles, comprises delivery of 25 vehicles and two options for another 50 vehicles. The first option for 25 vehicles has already been used. 15 NET 2012 are already in Karlsruhe, the other 35 vehicles will be delivered step by step until the summer of 2017.