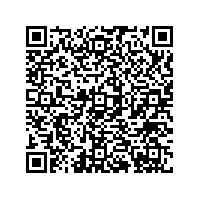 Subscribe to news
(PresseBox) ( Bonn, 17-03-27 )
After Kautex Maschinenbau began gradually introducing the third generation of its successful KCC production series last year with the KCC20 MK3, a further step follows this year with the KCC10 MK3. The blow molding machine producer will be presenting this and many other innovations at Chinaplas 2017, which on this occasion will take place in Guangzhou from May 16th – 19th. “Since the introduction of the MK3 models, we have worked continuously on the new machine programme. Several KCC20 MK3s have been delivered in the meantime and with the new KCC10, we are proceeding with the expansion of the programme", stated Geoffrey Chan, who, as Executive Vice-President of Shunde Kautex, has been developing the local management team since January 2017.

Virtual Machine and Shuttle Service to the Shunde Plant

Nor would the Kautex exhibition stand be complete without the new generation of virtual machines. With this considerably further-enhanced tool, production processes for various types of machine and application scenarios are simulated and practiced in real time. The virtual machine which is being exhibited will also from now on form part of the client training facilities at the Shunde site.

Because Chinaplas is taking place in Guangzhou this year, Kautex will be providing a shuttle service from the trade exhibition to the nearby Kautex plant in Shunde. Various extrusion blow-molders from KCC to KBB can be viewed there at various stages of final assembly, with informative talks from many different experts. Shunde Kautex has been manufacturing the all-electric KBB production series for the Chinese and South-Asian market since 2016 in a joint development programme with the German factory in Bonn. Machines of this type have set themselves apart with their ease of handling, low energy consumption and quick-change systems. A special feature of the KBB production series is the Intelligate integration system presented for the first time at the K 2016 trade fair. With this efficiency-enhancing industry 4.0 application, Kautex machines can be developed into a self-contained manufacturing plant.

Eight decades, shaped by innovative strength and services for its customers, has made Kautex Maschinenbau a globally leading provider of extrusion blow molding technology today. The company's international customers include automobile firms and suppliers, as well as companies from the packaging industry. They all rely on the expertise of a brand that represents quality and reliability. With 470 employees in Germany and a further 160 employees worldwide, the company generated an annual turnover of over 122 million euros in 2016. Besides its headquarters in Bonn, the newly opened Customer Service Center in Berlin and regional offices in the USA, Russia, China, Italy and India, Kautex Maschinenbau maintains a dense global network of service and distribution offices.

For more information about the company and its products and services, please go to:
www.kautex-group.com.