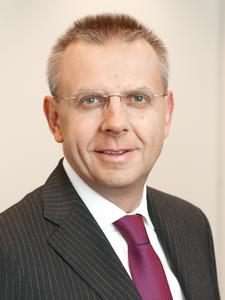 He succeeds the restructuring expert Josef Schultheis, who has supported Karstadt since June 2009, has been interim Chief Financial Officer of Karstadt since October 2010 and is stepping down from office as planned today. Mr. Schultheis will continue to advise the company during a transition phase.

Harald Fraszczak (50) combines a long-time experience in the retail sector with a strong background in finance. He spent most of his career at ALDI and Metro Group, where he worked in different management functions from 1990 until 2010. Before he joined Karstadt, he was Chief Executive Officer of Metro Cash & Carry Germany. Mr. Fraszczak studied Business Administration at the University of Göttingen.

Andrew Jennings, Chief Executive Officer of Karstadt Warenhaus GmbH, commented: "I am delighted that Harald Fraszczak has decided to join Karstadt. He has a deep understanding of the German and international retail markets and extensive expertise in finance, and I am sure that he will be an excellent addition to the management team. I wish him well for his new role."

Jared Bluestein, Chairman of Supervisory Board of Karstadt Warenhaus GmbH, added: "On behalf of my colleagues, I sincerely thank Josef Schultheis for his outstanding services to the company. He had already advised Karstadt throughout the whole period of insolvency proceedings and contributed substantially to the successful restructuring of the group. I am grateful that he has agreed to support the planned transition to our newly appointed CFO."

Furthermore, the shareholder meeting of Karstadt Warenhaus GmbH has appointed Ton Trentelman to the Supervisory Board of the company effective May 17, 2011. Mr. Trentelman succeeds Dr. Roland Hoffmann-Theinert, a Partner at law firm Görg Rechtsanwälte, who had joined the Supervisory Board during the restructuring. Mr. Trentelman joined Berggruen Holdings in 2011 and is responsible for the firm's activities in the Netherlands. He has a broad international management experience and spent more than 20 years working and living in Germany, Italy and France. Mr. Trentelman started his career at Unilever where he held a variety of sales & marketing management positions. He then held leadership positions including Group Director of Finance at Lucas Meyer and, following the sale of the company to Degussa, management positions in Degussa's food chemicals business (now part of Evonik). In 2004 he relocated to the Netherlands and was the Managing Director of Jan Dekker International.

Karstadt sets the course for a sharper focus of its activities