A tradition of innovation 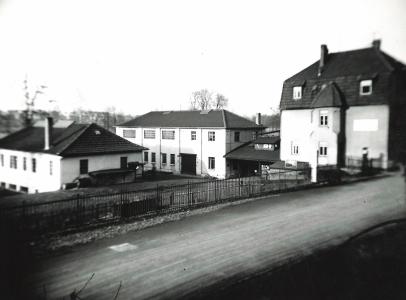 (PresseBox) ( Coburg, 19-04-09 )
The history of the Coburg compressed air specialist, Kaeser Kompressoren truly is a remarkable story. Although many a company celebrates its centenary, they cannot all boast such sustained and continuously positive development. A look behind the scenes.

Kaeser is active all over the world in its centenary year, 2019. However, the general public rarely comes face to face with the compressed air specialist's products. Only the portable compressors catch the eye with their black and yellow livery and attractive design, when used for road construction work. Compressed air stations tend to be hidden away in outbuildings. Yet Kaeser compressors are just as likely to be found in power stations in Australia as in Peruvian gold mines, used by aerospace engineers in the US, fish farms in Norway, car manufacturers in Germany, at the CERN particle accelerator in Switzerland, on ski pistes in Austria, on Arabian oil fields or the weaving mills in Asia. Compressed air is just as vital as electricity. No company with an industrial production line can get by without compressed air. Today, Kaeser has a global presence. Its customers range in size from craftsman's establishments to large-scale industry.

It all began in a small workshop in Coburg's Hahnweg. The old buildings are still standing in which Carl Kaeser senior started producing spare parts and engines for cars, along with gear wheels and special machines for the glass industry, with a team of eight employees and two apprentices in June 1919. Business was booming. Within a few years, the company was to employ a 150-strong workforce. After World War II, virtually the entire customer base fell by the wayside as most were located in Thuringia and Saxony – and thus on the other side of the border. Taking advantage of the available automotive expertise, production was adapted without further ado to similar products: reciprocating compressors. Thus began Kaeser's successful focus on compressed air. In 1948, the first reciprocating compressor rolled off the Hahnweg production line as the company continued to evolve.

Further challenges emerged during the mid-1960s. In retrospect, it may perhaps be described as the first technological shift. Screw compressors came onto the market. Once again, Kaeser spearheaded the change with its very own invention: Sigma Profile was born. Developed in-house, it is a rotary screw airend with a special energy-efficient rotor profile that was groundbreaking at the time. Since then, Sigma Profile has been the centrepiece of every Kaeser rotary screw compressor; needless to say, it is also refined on an ongoing basis. Screw rotors are interconnected spirals with helical lobes.

This innovative spirit pervades the company to this day, resulting in a steady stream of innovations in compressed air technology and applying equally to hardware, software and services. From the refrigeration dryer to revolutionary controllers (Sigma Air Manager 4.0), from the portable compressor to completely new business models, where the customer basically only purchases the compressed air, through to digitalisation and Industrie 4.0, Kaeser still blazes a trail in the industry for the cost-effective, reliable, efficient generation and use of compressed air, thanks to its innovative, top-quality products and services. Most production facilities are located in Germany, with sales and service available in every corner of the globe.

The company's early international expansion was a vital aspect of its growth. The first branch opened in Switzerland in 1978, with Austria and France following hot on its heels. Today, Kaeser has more than 50 own subsidiaries and is represented by exclusive contract partners in over 100 countries. Kaeser Kompressoren employs in excess of 6000 staff worldwide, many of whom have been loyal for decades.

How was this achieved? The company's secret recipe is an unwavering passion for innovation, sound engineering expertise, close customer contact and an awareness of their needs, combined with exceptional quality standards, a good dose of common sense and the main ingredients: excellent teams and strong family ties. However, family does not just refer to the owner family, Thomas Kaeser and Tina-Maria Vlantoussi-Kaeser, now the third generation to manage the company, while the fourth has also just come on board, in the form of their son Alexander Jan Kaeser. All staff are considered family at Kaeser. This is evident in the high apprenticeship rate, well above average, and the extremely long service record of the employees, usually more than 30 years. But it is also reflected in the company's business development: for 100 years without fail, the operating result has been positive. Even in 2009, the year of the global crisis. From Anchorage to Auckland, Coburg or Kauai, Kaeser is a family-owned company with strong ties to Germany; it views the entire world as its home turf and offers 'Made in Germany' quality from start to finish. The next innovative chapter is just waiting to be written.

It's never been so easy!