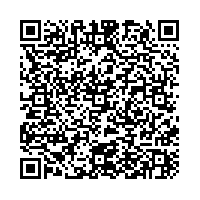 "Zen Internet's reputation for fast and reliable hosted services is critical to our business," said David Barber, senior product manager, Hosting at Zen Internet. "We recognized the need to enhance our existing switch infrastructure in order to further improve the customer experience and our competitive edge. As an existing user of Juniper's high-performance networking infrastructure, Zen Internet was confident that Juniper could deliver a best-in-class switch solution for our data centers. The combination of EX Series switches and JUNOS® Software provides an open and flexible platform with a reduced long term total cost of ownership."

The Juniper Networks EX4200 line of Ethernet switches with Virtual Chassis technology combine the High Availability and carrier-class reliability of modular systems with the economics and flexibility of stackable platforms. Offering a full suite of Layer 2 and Layer 3 switching capabilities as part of the base software, the EX4200 line of switches satisfies a variety of high-performance applications, including branch, campus and data center access deployments as well as Gigabit Ethernet aggregation deployments. A single 24-port or 48-port switch can be deployed initially; as requirements grow, Virtual Chassis technology allows up to 10 EX4200 switches to be interconnected over a 128 gigabit-per-second (Gbps) backplane and managed as a single device, delivering a scalable, pay-as-you-grow solution for expanding network environments. By supporting a large number of high-performance ports in a compact form factor, the EX4200 switches with Virtual Chassis technology enable enterprises to reduce the number of managed devices and collapse or eliminate switching layers in the network infrastructure, dramatically reducing capital and operational expenses.

Zen Internet is a long-standing Juniper Networks T Series core router customer, and because the EX4200 switches leverage the same JUNOS Software - a single source operating system integrating routing, switching, security and network services from Juniper - Zen will benefit from the operational simplicity and increased efficiency which results from using a consistent operating system in multiple portions of its network. According to commissioned independent research*, JUNOS Software can dramatically reduce operating costs and complexity by up to 41 percent.

Zen Internet was established in 1995 as one of the first ISPs (Internet Services Providers) in the UK and is still independently owned. Zen provides a range of high quality Internet services to the business and home user. These include Broadband, Leased Lines, IP VPN, Voice, Managed Network Security Firewalls, Online Data Backup, Hosting and Web Design. All of these services are supported by a highly robust and resilient network and excellent technical support and customer service.

This year Zen has been awarded its 7th Best Buy from Which? In 2008 Zen won Which? Best Broadband and PC Pro Best ISP for the fifth year running as well as receiving a highly commended for PC Pro Best Web Host. Zen was also awarded North West Business of the Year by the British Chamber of Commerce.