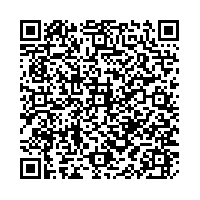 Market Leader JTAG Technologies with new Hard- and Software at electronica 2008, Munich, Hall A1, Booth A1.221

Subscribe to news
(PresseBox) ( Eindhoven, 08-09-26 )
Amongst other JTAG Technologies' highlights for the show the following products are on display:

Newest Tools and Updates for JTAG ProVision: The JTAG Technologies Application Executor (AEX), a full-functioned test sequencer and manager, is now integrated into ProVision. Test engineers develop and validate complete sequences for their test and ISP applications utilizing the conditional branching and command and control capabilities of AEX, all within the JTAG ProVision development environment. The sequences developed with JTAG ProVision are easily exported to run on stand-alone or integrated test systems stations using JTAG Technologies production software.

Other notable enhancements in the latest ProVision release include: automated support of complex buffering and MUX configurations for flash programming and test; simplified generation of infrastructure tests requiring only the models of the boundary-scan devices, not the entire board; and the addition of numerous new device models to the JTAG ProVision library. As with previous releases, JTAG ProVision remains fully compatible with the prior "Classic" development tools as well as with all of JTAG Technologies production systems.

New Hardware on display at electronica 2008: The Rack-Mountable Instrument, JT 37x7 / RMI is a fully-featured DataBlaster controller together with a front-end QuadPOD, packaged into a convenient form factor that's perfect for mounting in a standard 19-inch equipment rack. The four TAPs are easily accessed on the front panel of the RMI. In addition to the TAPs, the front panel contains connectors for 256 programmable I/Os that can be used enhancing boundary-scan access on your target board or system. Clients can use the RMI with their existing test sequencer, including our AEX or National Instruments TestStand, and whatever hardware platform they prefer.

New Version of the 3705 USB: JTAG Technologies also presents the new USB version of its renowned, low-cost 3705 Explorer, one of the first commercially available boundary-scan controllers. The new low-cost USB-powered controller has been developed to address the requirements of design engineers, SMEs (Small-Medium Enterprises) and low volume CEMs (Contract Electronic Manufacturers). The original parallel port version of the 3705 Explorer has enjoyed a great success worldwide for over 10 years. The new USB version of the 3705 Explorer, JT 3705/USB, still offers a fully functional boundary-scan controller featuring two TAPs (Test Access Ports) for less than 1000 Euros but adds higher TCK rates and more voltage options than before in a highly compact form-factor. The JT 3705/USB is powered from the USB interface making it portable and compatible with the burgeoning laptop population. It offers two TAPs (Test Access Ports) that can be fully synchronised for test purposes and is compatible with all JTAG Technologies' development tools such as JTAG ProVision and production packages such as the Stand-alone package (PSA) and the Production Integration Packages for LabVIEW, LabWindows, TestStand as well as C/C++ and Visual Basic. The JT 3705/USB can be used for structural board testing, in-system device programming (ISP) of CPLDs, and in-system programming of small blocks of flash memory data etc. Programmable output levels per TAP (1.5V to 3.6 volts) make the JT3705/USB compatible with all current and future logic families. Test clock frequency may also be programmed from 100Hz to a brisk 6MHz allowing test applications to be executed in a 'snap'.

JTAG Technologies is a market leader and technology innovator of boundary-scan software and hardware products and services. The company was the first to bring to the market such important advances as automated test generation, automated fault coverage analysis, automated flash and PLD programming via boundary-scan, and visualized boundary-scan analysis. Its customers include world leaders in electronics design and manufacturing such as Ericsson, Flextronics, Honeywell, Medtronic, Motorola, Nokia, Philips, Raytheon, Rockwell-Collins, Samsung, and Sony. Its innovative boundary-scan products provide test preparation, test execution, test result analysis and in-system programming applications. With an installed base of over 5,000 systems worldwide, JTAG Technologies serves the communications, medical electronics, avionics, defense, automotive, and consumer industries with offices throughout North America, Europe and Asia. JTAG Technologies headquarters are located in Eindhoven, The Netherlands.