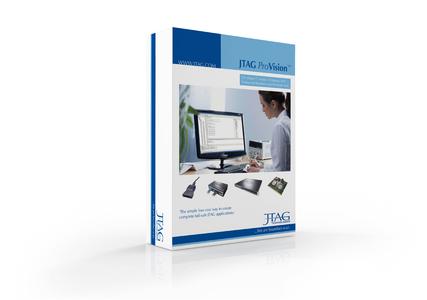 (PresseBox) ( Eindhoven, The Netherlands, 11-01-18 )
JTAG Technologies has once again boosted the performance of its industry-leading ProVision suite of boundary-scan development tools with the addition of 11 enhancements. The first of these is the addition of all instructions handling (including private instructions) within ProVision's JTAG Functional Test (JFT) capability, now giving users easier access to device registers [other than just those needed for IEEE Std. 1149.1boundary-scan operations]. For example, registers needed to invoke on-chip emulation modes and programming registers can now be accessed using JFT's Python routines.

The second enhancement is the addition of 'netlist type autodetect', which automatically recognises netlist formats as belonging to certain tool vendors. This can save considerable time when importing netlists from third parties. Thirdly, the WGL test vector format (as used for IC testing) is now supported through a ProVision plug-in.

The fourth enhancement is the ability to test (IEEE) 1149 dot 6 to dot 1 connections; an industry first in terms of cross-standard testing within a single tool.

Peter van den Eijnden, MD of JTAG Technologies, commented: "When launched, in 2006, ProVision dramatically changed the way users work with boundary-scan. There have been a number of updates/enhancements since launch but we're hitting 2011 hard with almost a dozen performance-boosting and time-saving additions."

The above enhancements to ProVision are all available on CD17, which also contains the recently announced ProVision Designer Station (PV_DST); support for additional microprocessors with embedded flash and a new Production Integration Package (PIP) for supporting .NET (for interfacing with Microsoft applications) has been added to the range of existing PIP packages.

Customers with current support licences for ProVision and PV_DST will receive CD17 as a matter of course.

Interested parties requiring a demo of these or other JTAG Technologies' products should contact their local sales offices; details to be found at www.jtag.com

JTAG Technologies is a market leader and technology innovator of boundary-scan software and hardware products and services. The company was the first to bring to the market such important advances as automated test generation, automated fault coverage analysis, automated flash and PLD programming via boundary-scan, and visualized boundary-scan analysis. Its customers include world leaders in electronics design and manufacturing such as Ericsson, Flextronics, Honeywell, Medtronic, Motorola, Nokia, Philips, Raytheon, Rockwell-Collins, Samsung, and Sony. Its innovative boundary-scan products provide test preparation, test execution, test result analysis and in-system programming applications. With an installed base of over 6,500 systems worldwide, JTAG Technologies serves the communications, medical electronics, avionics, defence, automotive, and consumer industries with offices throughout North America, Europe and Asia. JTAG Technologies headquarters are located in Eindhoven, The Netherlands.