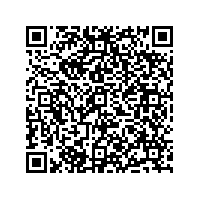 Schneider Group confident about the future

Strong revenues in 2008 despite difficult global economic environment. Cautious optimism for the current year. Focus on innovation and growth markets in future. 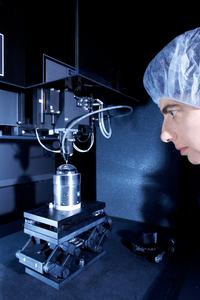 (PresseBox) ( Bad Kreuznach, 09-06-29 )
Jos. Schneider Optische Werke GmbH in Bad Kreuznach and its subsidiaries see themselves well prepared to emerge from the economic crisis stronger than before thanks to their good position in the international market. Overall revenues in 2008 were down 9.8% over the previous year to a total of 84.5 million euros. The company’s headquarters in Bad Kreuznach contributed 42.4 million euros to overall sales (-3.1% compared to 2007). The main reasons for the drop in the Group’s revenues were the changes in the exchange rate of the pound sterling and the reluctance of companies to invest as a result of the financial meltdown.

Last year, the mid-sized company based in Bad Kreuznach opened subsidiaries in Hong Kong and Shenzhen in Southern China. In August 2008, it also took over the operations of the Göttingen-based ISCO Group, a specialist in cinema projection lenses and specialized lenses. “This decision has helped us to consolidate our position in the global market in the long term,” says Dr. Josef Staub, CEO of the Schneider Group. In contrast, at the beginning of 2009, the company sold its shares in Praktica in the UK, a brand in the digital camera market.

The Schneider Group is cautiously optimistic about the current year. The economic crisis has certainly left its mark in some areas, resulting in the introduction of short time. But in the long term, the company sees itself in a good position having invested in high-tech production, especially in the Bad Kreuznach plant. “We have concluded our technology investments for the time being. Now we need to start optimizing internal processes and reorganize the company to manage future challenges,” says Dr. Josef Staub. As soon as the markets pick up again, innovative products should help to spur on growth, especially in Asia.

The Schneider Group specializes in developing and producing high-performance photographic lenses, cinema projection lenses, as well as industrial optics and precision mechanics. The group comprises Jos. Schneider Optische Werke, founded in Bad Kreuznach in 1913, and its subsidiaries Pentacon (Dresden), B+W Filterfabrik (ISCO) (Göttingen), Schneider-Optics (New York, Los Angeles), Schneider Bando (Seoul), Schneider Asia Pacific (Hong Kong) and Schneider Optical Technologies (Shenzhen). The company’s main brand is “Schneider-Kreuznach”. It has around 640 employees worldwide, with 335 based in its German headquarters. For years now the group has been a world market leader in the area of high-performance lenses.