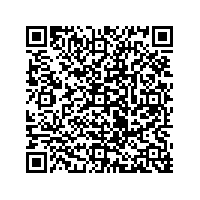 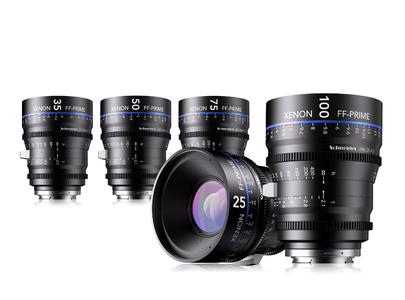 (PresseBox) ( Bad Kreuznach, 15-07-02 )
Schneider-Kreuznach has realigned and reorganized its corporate structure, adding a third division, Precision Engineering, to the two existing business areas of Film & Photo and Imaging Systems. This puts the optical specialist’s expertise in precision engineering in a category of its own. “We are evolving along with our strong industrial business and expect to grow further in this area,” says Dr. Josef Staub, CEO responsible for Development and Sales.

The restructuring measures are most advanced at the group’s headquarters in Bad Kreuznach, as shown in the company’s sales: The parent company generated more revenue in the first five months of the current year than in the first two quarters of 2014. However, there is room for further improvement at the Göttingen and Dresden sites. “We have reorganized production overall and are now focusing on boosting productivity at our Göttingen and Dresden locations, too,” says Wolfgang Selzer, CEO responsible for Production and Finance. However, the number of employees is not expected to change. The new group structure is reflected in the previous year’s financial statements: Whereas the parent company contributed 47.7 million euros to sales (+7.6% compared to 2013), the Schneider Group’s overall revenue was down to 67.2 million euros (-6.4%). At the same time, the company increased its operating result to 1 million euros. The Schneider Group also grew its investments, which it intends to continue in the current year.

In the Film & Photo division, Schneider-Kreuznach focuses above all on lenses and filters for the moving image. The company already offers discerning customers the full range of high-quality products with lenses and filter products for cinema, film and video as well as photographic lenses. However, Schneider-Kreuznach has discontinued the production of simple compact cameras as well as its plans to produce MFT lenses for mirrorless system cameras. The company expects impetus for growth above all from products for industrial applications this year and in the near future, and is pursuing further development and production partnerships in this area. In the Imaging Systems segment, the focus is mainly on the automotive, security and medical technology industries, where optical systems are gaining importance. In the Precision Engineering business unit, the company produces among others digital servo hydraulics for sheet metal forming, high-precision injection molded parts with optical requirements for automotive sensors, precision turned and milled parts for diesel injection systems as well as complex testing systems for optical quality control (e.g. drill hole inspections).

The Schneider Group specializes in developing and producing high-performance lenses for photography and film, cinema projection lenses, as well as industrial optics, filter systems and precision mechanics. The group comprises Jos. Schneider Optische Werke, founded in Bad Kreuznach in 1913, and its subsidiaries Pentacon (Dresden), Schneider-Optics (New York, Los Angeles), Schneider Asia Pacific (Hongkong) and Schneider Optical Technologies (Shenzhen). The company’s main brand is “Schneider-Kreuznach”. It has around 620 employees worldwide, with 390 based in its German headquarters. For years now the group has been a world market leader in the area of high-performance lenses.