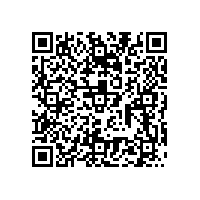 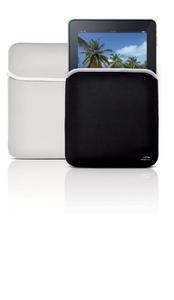 (PresseBox) ( Weertzen, 10-07-28 )
The successful iPad(TM) is revolutionising mobile life: Apple's® tablet PC has closed the gap between smartphone and netbook, creating a really new class of device in the process. The slimline pad with its large touchscreen can be used both as a mobile surfing station as well as an ebook reader, making it an impressive multimedia allrounder as well as handheld gaming console. But the iPad(TM) is even more fun with the right accessories from SPEEDLINK® - for the ultimate in convenience for on the move and at home.

Coletta Jöllenbeck, Director Sales & Purchase for the SPEEDLINK product line at Jöllenbeck: "Three million iPads were sold within eight weeks, and for many people, it's become part of their everyday lives. These create the perfect conditions for launching our first range of iPad products. We're looking forward to the coming months, and are sure that these products will play a key role in this year's Christmas business. By the way, the products, Gala, Topaz and Rubin, are named after famous varieties of apple."

With its comfortable, soft and grippy covering, GALA offers the ultimate in convenience when using the iPad. The reinforced side panels safeguard the device against knocks and scratches, while the cutouts for all connectors ensure the device is always ready to use. What's more, GALA converts into a practical iPad(TM) stand in just a few steps, so you can sit back and relax while enjoying movies or photos; a second positioning angle tilts the device to the perfect angle for relaxed typing. GALA is available in black or brown. (MSRP: €29.99)

LEAF isn't just sleek and trendy, its soft, waterrepellent neoprene material also protects against dirt, scratches and knocks. What's more, as it's reversible, you can easily change colours: just turn it inside out - that's it. LEAF is available in the colourcombo red/black. (MSRP: €19.99)

TOPAZ Silicone Skin for iPad(TM) - Protection against dust and knocks

Like a second skin, the snugfitting silicone skin - TOPAZ - protects the iPad(TM) against knocks and keeps scratches away from the device's delicate casing. Extremegrip panels on all four sides improve your hold on the iPad(TM) , making it totally nonslip. All connectors as well as the Home button remain easily accessible so that you can use and charge the device without needing to remove it from the protective skin. (MSRP: €14.99)

RUBIN allows you to watch movies, play games and surf the web with no annoying reflections - while also offering permanent protection for the screen against scratches. The protection film applies easily and bubblefree, and covers the delicate screen - including the surround - while offering you full touchscreen functionality. The film sticks without using adhesives, removes without leaving a trace and can be repositioned at any time. (MSRP: €9.99)

Jöllenbeck GmbH is one of Europe's leading manufacturers of office and entertainment peripherals. Since its formation, Jöllenbeck has positioned itself very successfully in the PC, video gaming console and handheld accessories market. The product portfolio of its own brand SPEEDLINK® includes sound systems, headsets, mice, mousepads, keyboards, gamepads, joysticks and various other accessories. SPEEDLINK products impress with their novel technology combined with design excellence and outstanding functionality. Through SPEEDLINK, Jöllenbeck is represented in more than 35 countries worldwide.