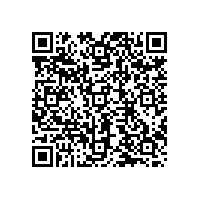 At the same time, orders started increasing from February 2013. On 31 March, the order book was well above 5 Mio. Euro for the first time since autumn 2012, partly due to the deferred projects from the previous quarter.

The sales slump was accompanied by by a decrease of elevated stock levels, so the impact of the loss on the cash balance was mitigated.

The management views the sales slump as a singularity, as projects were deferred, not cancelled and the bankrupt customer has since been taken over by an investor.

Because of the cooperation between Emhart Glass and Jetter, the agreement published last week between the global market leader in glass bottle production, Owens-Illinois Inc., USA and Emhart Glass will give Jetter additional sales opportunities. Furthermore, the cost saving program will now kick in by and by.

The complete business report will be published on 28 June 2013 and will be available at the websites of Jetter (http://www.jetter.de) and Deutsche Börse (http://deutsche-boerse.com).